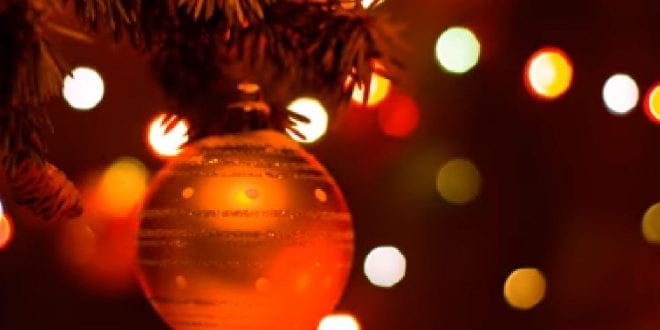 A list of the most read books based on the number of copies sold over the past fifty years, showed that the Bible had sold, in that period alone, over 3.9 billion copies. It was way more than any other book.

As we celebrate Christmas together with billions of Christians all over the world, and commemorate the birth of Jesus, one may ask:  Why is the Bible so popular?

After all, atheists have scorned and hated this text for generations in the West.

One answer may be that the assembled texts of the Bible have been the most successful in showing the way to greater light when humankind faces mental darkness, writes Hanne Nabintu Herland, historian of comparative religions, author and the founder of The Herland Report. First published at WND.

The Bible is the most read book: It is a book that teaches you how to find the truth, how to overcome the complexities of this world, how to choose the best possible path to success.

It opens up the world of heaven and explains why there is always hope, the very element which an nihilist atheist will say is non-existent.

Since nihilism professes that the world is meaningless and traditional values are useless guiding points, it infuses into society a negative cynicism and hopelessness that is the very opposite of the positive glow of hope found in the Bible.

These are vastly different world views. The Bible explains reality as a dualism between the tangible world – the material world – and the spiritual, unseen dimension, while atheism categorically denies the existence of anything else than what is provable by empirical materialistic studies.

As a result, atheists fundamentally lack the knowledge about how the spiritual dimension impacts the physical world and are rendered defenseless when attacked by evil forces.

The universe becomes an empty space in which humans wander restlessly, heading for nothing – and coming from nothing.

The meaninglessness of life is its core message. Atheism may be described as a blind belief in things unseen, since none of the God-deniers have ever travelled outside of time and space and been able to empirically determine that God does not exist.

Has the atheist visited the realm outside the stars, since he with such confidence assert that God is not there?

The Bible is the most read book: The atheist does not know for a fact or has not been able to empirically prove, he simply has chosen to believe that God, angels and demons are nowhere to be found in the universe. Therefore, hedonism and the pursuit of bodily pleasures becomes the very goal of life. He has nothing else.

To listen to the rationality of the Bible seems to me a much more reasonable choice when facing the complex, tumultuous and often incomprehensible world we live in.

St. Augustine states that reason is a founding principle in the Christian faith.

Faith and rationality are forces that work together and lead us to knowledge about the reality behind perceivable matter. Western science itself grew from the idea that the universe was rational and orderly constructed with natural laws, with a Creator behind it all.

The Bible has survived thousands of years and have given advice to billions as to how to best overcome evil and egoism in the human heart while we struggle in life, trying to understand what is the best way to spend the few years we have on this planet before we all assemble in the halls of the afterlife.

The Bible tells us what will happen to us after death.

When reading its vivid stories about ancient times so relatable to our own lives, its allegories and poems, its wise words and anecdotes, one comes to understand why these assembled texts were the founding pillars for the Western civilization.