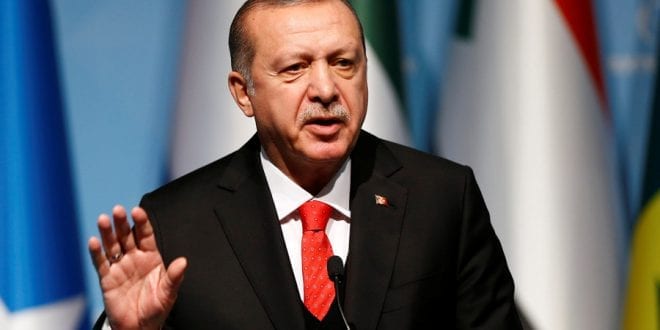 Tyler Durden: Turkey’s pugnacious president has never been shy about taking on foreign and domestic enemies, whether it be currency traders shorting the lira, his own central bank, or big tech companies.

While Twitter and other social media companies have been praised by the MSM for shutting down conservative ‘speech’ in America, some tech giants are being suppressed by President Recep Tayyip Erdogan after passing new social media laws, according to RT News.

Turning the tables on authoritarian big tech, Erdogan recently said companies who control data could establish “digital dictatorships by disregarding democracy, the law, rights, and freedoms.” He pledged to defend his nation’s “cyber homeland” by ensuring Turkey maintains control over its citizens’ data.

Erdogan says Turkey will Never Allow Twitter Digital Fascism: As Ankara slapped advertising bans on Pinterest, Twitter, and Periscope after they failed to assign local representatives in Turkey under the new law put forth by Turkey’s Information and Communication Technologies Authority, informed social media companies that do not immediately comply would be responsible for a series of fines and or penalties.

“We are determined to do whatever is necessary to protect the data, privacy and rights of our nation,”Deputy Transport Minister Omer Fatih Sayan tweeted. “We will never allow digital fascism and disregard of rules to prevail in Turkey.”

The law gives Turkish authorities the ability to remove content from platforms rather than block access – as what was done before. Critics of Erdogan claim the new law provides Ankara with more power to censor social media platforms.

About a month ago, YouTube said it would abide by the new law as Erdogan’s government clamps down on foreign tech companies.

Facebook, YouTube, and Twitter all face fines in the country for not complying with the new law. Companies that reject the new law will have their bandwidth slashed over the coming months.

Of course, Erdogan’s attempt to keep big tech in line is completely the opposite in the US where the federal government has allowed big tech to ban or limit the president, his supporters, and right-wing groups from social media channels.