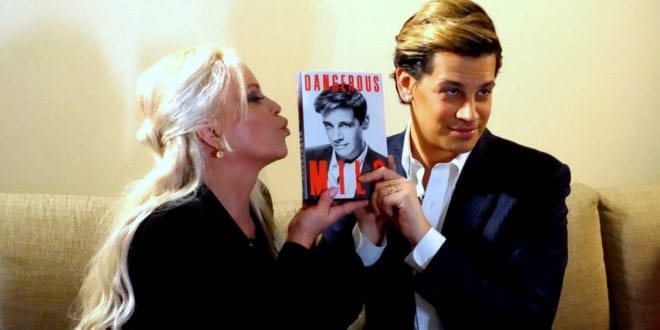 One of the leading free thinkers and advocates for free speech in the West, Milo Yiannopoulos says in the teaser to this program with him on The Herland Report:

“This is the most amazing thing that feminism has managed to persuade women of, that it is men who have the power, that women are the victims, that they are the less powerful entity.”

Milo Yiannopoulos is a New York Times bestselling author and a massively influental internet guru. Milo appears at The Herland Report in provokingly honest conversations about the deterioration of freedom in the West.

His technique on the Feminist Left has been to use the same method as them, only reverting it, forcefully attacking the 1960s New Left Feminism in the same manner they have done towards conservatives and those who cherish traditional European culture and the family.

Milo says: “What they have done is told people that rape and sexual assault is the default rather than the tiny aberration of a fringe. So, what they are saying is that they are going to tell you tons of stories of rapes whether they happened or not.”

“And we are going to constantly tell you about all of this for 30 years so that women think that the usual sexual interaction is defined as an aggressive man who doesn’t respect consent, doesn’t respect you or your bodily autonomy or you as a human being.”

“What they haven’t been honest about is that 99,2 % of social and sexual interactions between men and women are not like that.”

“Most of these interactions between men and woman are between descent and kind people, who are awkward around each other possibly in the beginning, who don’t necessarily know how to do things and stumbling their way through, working out how to communicate.”

Hanne Nabintu Herland is a bestselling historian of religions and bestselling author, founder of The Herland Report Scandinavian news site, TV channel on YouTube and Podcasts which reaches millions yearly.

It is a great place to watch interviews with leading intellectuals, thought leaders, authors and activists from across the political spectrum – free from political correctness.