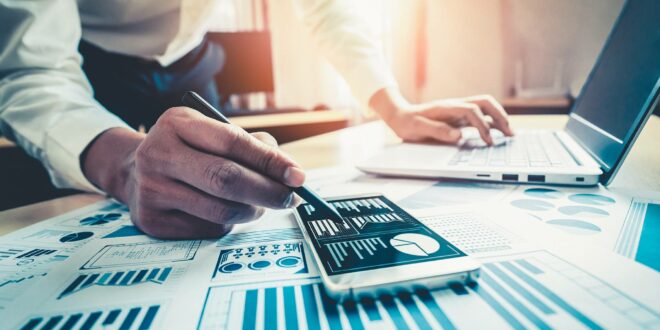 As some readers have remarked in their messages to me, I ceased a while back my monthly reports on the Bureau of Labor Statistics jobs reports and inflation rate.

Manipulated Economic Outlook: The reason is that the numbers are not good enough to be able to discern what is the actual state of the economy.  Yet every new number is treated with attention by the financial presstitutes.

The reports in the financial media make no sense.  We hear simultaneously that consumer confidence is high but that a number of large firms are laying off 10,000 employees each, that credit card debt is reaching new highs, that housing prices are falling, but employment and inflation are high, that 90% of Americans are more in debt than ever.  These are not reports that form a consistent pattern, writes Dr. Paul Craig Roberts is the chairman of The Institute for Political Economy, former associate editor of the Wall Street Journal.

I sometimes wonder if they are creating a world of randomness for us in which we lack a grasp on that is happening.

Dr. Paul Craig Roberts is widely known as one of the West’s most important intellectuals. He is a regular contributor to The Herland Report TV. The programs with Dr. Roberts may be viewed here: Program 1: Neo-Con Totalitarianism, program 2: Totalitarianism in the West, program 3: The Washington Tyranny, program 4: The Hatred of the White, Hetero Male. Program 5: Financial Crisis Looming, program 6: The Shocking Truth about Trump and the Media, program 7: The Enslavement of the Working Class.

Manipulated Economic Outlook: But I have’t turned my back to economics.  Twice recently I have written about the Federal Reserve’s inflationary policy and concluded that it is mistaken

An excess demand inflation–“demand pull” in the parlance of neoliberal economists–does not appear suddenly as a spike, as the current inflation has.

Manipulated Economic Outlook: Excess demand inflations creep up over time as monetary expansion outruns the growth of supply. We get month after month of reports of upward ticks in inflation until the Federal Reserve says “enough” and slams on the monetary brakes.

There is another kind of inflation that neoliberal economists call “cost push.”  This inflation is caused by something happening to supply–a strike by unions, a hurricane that closes down refineries, a drought that reduces food supply, a war that disrupts supply chains, tax rates that choke off output.

The inflation we are experiencing now is the result of the Covid lockdowns that stopped production and Washington’s sanctions against Russia that mainly fall on Europe and have disrupted business relationships and energy delivery, resulting in a sudden spike in prices.

The current inflation is a supply-side, not demand-side inflation.

As the current inflation is entirely a supply disruption inflation caused by the absurd policies of the Biden regime, the Federal Reserve’s demand-side remedy is useless.

Indeed, the Federal Reserve’s policy makes the inflation worst, because higher interest rates raise the cost of production, thus raising prices and contributing to the inflation.

Manipulated Economic Outlook: Actually, profit-maximizing evil might be the heart of the Federal Reserve’s policy. The interest rate on a mortgage is the primary determinant of the demand for homes by individuals.

By driving up the cost of carrying a mortgage with its high interest rate policy, the Federal Reserve is freeing up homes for purchase by private capital companies for investment as rental properties.

In effect, whatever the Fed’s intention, the Federal Reserve is reallocating housing from individuals to the portfolios of private investment companies.

The Federal Reserve was created by the large New York banks to protect them from their own mistakes.

Over time the Federal Reserve has gained protection from the media, answers congressional oversight committees in incomprehensible language, and supports the agenda of whoever it is that rules us.