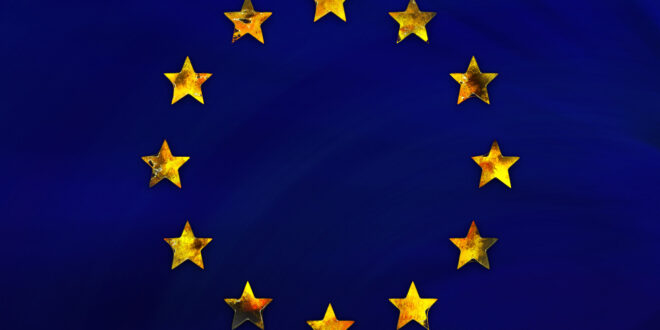 Herland Report: The American quest to weaken Europe: America’s neoconservative political and military mission in the post-Cold War era has been to ensure that no rival superpower is allowed to emerge in Western Europe, Asia or the territories of the former Soviet Union.

The aim was a world dominated by one superpower – the United States – whose position would be one of sufficient military might to deter any nation or group of nations from challenging American primacy – including Europe.

This explains a New York Times article from 1992, addressing the Pentagon’s Plan: ‘Prevent the Re-Emergence of a New Rival’, which outlined the U.S.’ post-Cold War foreign policy strategy.

The Pentagon Plan is remarkably honest about the need to keep Europe weak.

The document, which was supervised by neocon Paul D. Wolfowitz, rejects a collective approach as an equal among allies, and clearly defines a unipolar leadership by the United States at the expense of the independence of Europe and other allies. The need to keep Germany weak is specifically mentioned.

The Ukraine war has in a remarkably brutal way demonstrated that Europe is weaker than ever, serving American interests rather than those of Europe, even if it pushes Europe into a massive recession.

The Pentagon Plan has clearly succeeded and the Ukraine war seems to have presented a renewed opportunity for the now faltering American world power, ridden with corruption, racial upheaval, poverty and economic challenges at home, to strengthen the unipolar goal.

For long, the current growing trade between Russia, Germany and other European nations has worried the Americans as a tighter relationship between Russia and Europe threatens the unipolar neocon system. The sanctions against Russia are set to massively hurt the European economy and weaken the EU.

As Russia is harvesting an unprecedented income from the soaring oil/gas and commodities prices, according to Bloomberg around 285 billion USD, Europe is set to become the loser in the geopolitical power game.

As mentioned in a previous article at The Herland Report and World Net Daily, the American strategists are fully aware of the fact that sanctions would make the oil/gas prices soar. This would, in turn, enrich the Russian economy. And Russia has simply shifted her exports to China and other BRIC countries at discounted prices and thereby fueling the Asian export machines at the expense of Europe.

The Pentagon Plan on how to keep Europe weak

The American quest to weaken Europe: The Pentagon Plan from 1992 states that “the world order is ultimately backed by the U.S.” and “the United States should be postured to act independently when collective action cannot be orchestrated.”

The U.S. “must sufficiently account for the interests of the advanced industrial nations to discourage them from challenging our leadership or seeking to overturn the established political and economic order,” the draft policy statement from the U.S. Defense Department stated.

The document had circulated for weeks at the top levels of the Pentagon, and was expected to be released by then-Defense Secretary and neoconservative hawk, Dick Cheney later that same month.

Many remember U.S. four star general, Wesley Clark who described the post-Cold War neocon foreign policy strategy as a political policy coup, a change in American foreign policy that never even was discussed in Congress.

It reversed the very foundation upon which the United States formerly had defined its worldview. Unipolarism now became the goal, at the height of the post-Cold War optimism as the Liberal West “won the fight” against Communist Soviet Union. Notoriously, Francis Fukuyama labelled it “the end of history.”

General Clark, hero from the Balkan wars, famously spoke about his shock when discovering that taking down nations was the neocon plan at the Pentagon both prior and post 9/11 in order to retain its own hegemony.

The Pentagon plan, he was told, was to topple the government of seven nations in five years, in the wake of Russian weakness after the fall of the Soviet Union: Iraq, Libya, Lebanon, Syria, Somalia, Sudan, and Iran. In addition to the plan to extend NATO territory into Eastern Europe.

In A time to lead: For duty, honor and country, he explains the shock and horror of how the neocons took power and ruthlessly overran the traditional American view on the aim of its foreign policy. Douglas Feith later posted the very same Ministry of Defense documents that corroborates Clark’s story in his book War and Decision.

American unilateralism describes the U.S. as exceptional and everyone else – including Europe – as dispensable

The American quest to weaken Europe: The leading American political economist, Dr. Paul Craig Roberts explains the rise of neoconservatism in this period in an exclusive interview with The Herland Report: “When the Soviet Union collapsed, the constraint on American unilateralism disappeared. It was down to nothing to constrain Washington’s power and its hegemony.

He adds: “The worst thing that have happened in my lifetime was the collapse of the Soviet Union. This was absolutely the worst thing. Not only for the United States, but for the entire world, because it removed the only constraint on American unilateralism. As long as the Soviet Union was there, there was a limit to Washington and its ability to bully and dominate.”

The quest to limit Germany’s chances of rising again as a powerful player is specifically addressed in the Pentagon document.

To quote the New York Times article on the subject: “The continuation of this strategic goal explains the strong emphasis elsewhere in the document and in other Pentagon planning on using military force, if necessary, to prevent the proliferation of nuclear weapons and other weapons of mass destruction in such countries as North Korea, Iraq, some of the successor republics to the Soviet Union and in Europe.”

“Nuclear proliferation, if unchecked by superpower action, could tempt Germany, Japan and other industrial powers to  acquire nuclear weapons to deter attack from regional foes. This could start them down the road to global competition with the United States and, in a crisis over national interests, military rivalry.”

“Our nuclear forces also provide an important deterrent hedge against the possibility of a revitalized or unforeseen global threat, while at the same time helping to deter third party use of weapons of mass destruction through the threat of retaliation.”

The main point being that the draft outlines a world with one dominant military power that “must maintain the mechanisms for deterring potential competitors from even aspiring to a larger regional or global role.”

The document “a substantial American presence in Europe and continued cohesion within the Western alliance remains vital,” but to avoid a competitive relationship from developing, “we must seek to prevent the emergence of European-only security arrangements which would undermine NATO.”

The Pentagon Plan defines the goal to push NATO eastward

The American quest to weaken Europe: The New York Times article further states: “In the event of a resurgent threat from Russia, “we should plan to defend against such a threat” farther forward on the territories of Eastern Europe “should there be an Alliance decision to do so.”

This statement offers an explicit commitment to defend It is a noteworthy strategy to defend the former Warsaw Pact nations from Russia. In other words, a clearly stated aim to expand NATO to Eastern Europe.

As a part of the neocon goal of securing a sphere of influence in the former Warsaw Pact nations, the European Community should offer memberships to Eastern European counties “as soon as possible.”

The Pentagon Plan succeeded in redefining Europe as its dependent vassal. Ahead of Europe is probably the recession of a century, with American billionaires ready to buy bankrupt European companies and real estate, not to forget confiscated Russian assets. In a short while, Americans will own Europe to an extent we have never seen before.

Previous Paul Craig Roberts on the American unipolar world view: The United States is exceptional, everyone else (including Europe), are dispensable
Next John Rockefeller: How he took control over Modern Medicine