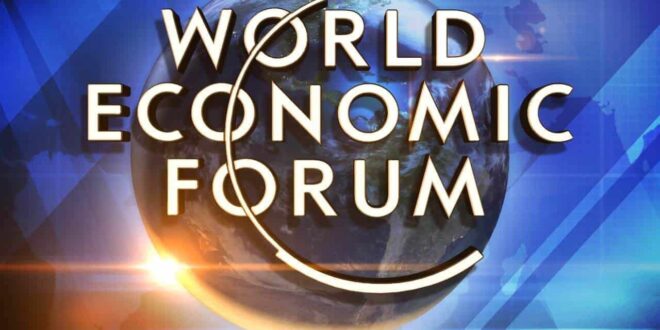 This is a very smart initiative that gives billionaires access to the nation states’ government funds.

The British empire did the same with the privately owned East India Company which so lucratively had access to public funds, using taxpayer money to produce even more wealth to its owners.

The East India Company became the most powerful business the world has known between 1600 and 1874, even when comparing to Google or others today. As the company contributed to great trade in silk, spices and Eastern sought after goods, it also took control over entire regions and profited from the slavery trade. It controlled the opium trade and notoriously made the Chinese total drug addicts, writes historian and best-selling author, Hanne Nabintu Herland at WND.

The East India Company is arguably the world’s best example of ruthless corporate violence. Among its most notorious bandits were William Jardine and James Matheson, the most successful opium traders in all of China. During the Opium wars, the Western drug lords produced a system that led to the total humiliation and subjugation of China.

Watching the country collapse in drug abuse, China’s High Commissioner, Lin Zexu sent a desperate plea to Queen Victoria, asking her to explain to why her citizens had returned friendly trade with the notorious opium trade.

The Billionaire New World Order: He wrote, – but never received an answer:

“…How can foreigners return injury for the benefit they have received by sending this poison to harm their benefactors? They may not intend to harm others on purpose, but the fact remains that they are so obsessed with material gain that they have no concern whatever for the harm they can cause to others. Have they no conscience? I have heard that you strictly prohibit opium in your own country, indicating unmistakably that you know how harmful opium is. You do not wish opium to harm your own country, but you choose to bring that harm to other countries such as China. Why?”

James Matheson later returned home and bought the Isle of Lewis and became the Governor of the Bank of England. It was not until the rise of Mao Zedong that China finally rid itself of opium.

The East India Company’s royal charter was given the right to wage wars and hold private armies, at most 260 000 men, twice the size of Britain’s standing army, according to National Geographic. They took over Asian regions such as Bengal, set up private merchant statesmen who collected taxes and customs from its inhabitants which were broadly used to further their privately owned empire.

“It was not the British government that seized India, but a private company, a dangerously unregulated private company headquartered in one small office, five windows wide, in London, run by an unstable sociopath,” writes The Guardian, referring to Robert Clive. “What honour is left to us?” asked a Mughal official, “when we have to take orders from a handful of traders who have not yet learned to wash their bottoms?”

“For all the power wielded today – whether ExxonMobil, Walmart or Google – they are tame beasts compared with the ravaging territorial appetites of the militarized East India Company,” writes The Guardian.

This was the 1700s when philosophers such as Charles Montesquieu spoke of the desperate need for the separation of powers between the legislative, the executive and the judicial branches of government, thus limiting the rich elites’ possibility of corruption and abuse. If the very few own it all, there is little or no chance for checks and balances.

The 1700s British politician, Edmund Burke is referred to as the father of modern conservatism. He was heavily engaged in criticizing the British Empire and especially the East Indian Company, which he felt misused its economic power and subdued Asians in a way that never would have been accepted if it was done to Englishmen.

He was one of the very first in modern Europe to discuss international justice at length, and the need for Britain to keep its responsibilities towards Indians. If Britain failed to treat its colonies with respect, the power grab would backfire and the British Empire would fall, he warned. By 1858, the British government took over the company, in the rubble of atrocities, corruption, shame and theft.

The World Economic Forum “stakeholder capitalism” goal of merging public and private funds may be a modern version of the massive economic success of the original corporate raiders, the East India Company.

The Billionaire New World Order: The level of censorship in social media and search engines is all-time high. Do like thousands of others, subscribe to The Herland Report newsletter here!