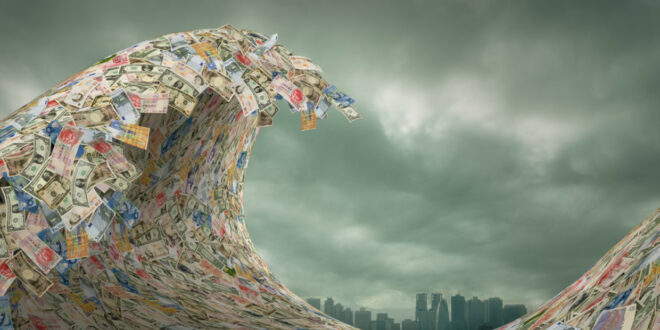 Herland Report: The Social Credit System: Duff Cooper, Viscount Norwich, was the only British minister who resigned over the Munich Agreement of 1938.  His autobiography was titled Old Men Forget. I expect they do, but I remember.

I remember when business, even large business, operated on handshakes without contracts.  Business could operate this way because people in those days had good character and integrity.

A person who welched on a handshake was finished in business, writes Dr. Paul Craig Roberts is the chairman of The Institute for Political Economy, former associate editor of the Wall Street Journal, and an author of many books.

I grew up when America was still America.  We were taught that you had to be able to look yourself in the mirror every morning.  That required that you were truthful and honorable in your relations with others.

Today you can’t look yourself in the mirror unless you have ripped off, to your financial benefit, others.  Just read any of the books by Wall Street whistleblowers or government officials about how the system really operates. Today, lawyers tell me, even iron-clad contracts cannot protect a deal.

Governments confronted with self-serving behavior other than their own are frustrated by the difficulty of organizing people behind the government’s, or its controlling agents’, agendas.

China is consolidating control over its population by creating a “Social Credit System.”  The Chinese population is monitored in its behavior.

A Chinese citizen who disagrees with the government, drinks while driving, or demonstrates any politically or socially undesirable traits and behaviors gets a very low rating that prevents the citizen from traveling abroad, from attending university, from using public transport, or whatever restriction and punishment the government decides to inflict.

The Social Credit system requires “citizens” to be subservient to government.  Such governments are still called “democracies,” but the citizens have no voice.  All voices different from the narrative are cancelled.

I do not think the United States as a country can escape this. States with a semi-aware government, such as Florida with Governor DeSantis, have a chance, but past efforts of states to defend their constitutional authority against an invasive federal government have failed.

Notice that the tyrannical Social Credit system is trying to recreate the reliable, predictable old character system, with the difference being that a citizen’s loyalty is not to his character but to the Government’s agenda.

The first step in establishing a Social Credit system is to gain control over the media.  This was accomplished during the Clinton regime when six mega-companies were allowed to buy up and concentrate in a few hands 90% of what was an independent media.

The next step is to use fear–9/11, Covid, Russia–to get a fearful and gullible population to agree to the loss of their constitutional protections in order “to be safe.”

Once this is accomplished, there are no constraints on those who wield power.  The Constitution becomes a document without authority. This is precisely the point at which we stand at this moment.

Dr. Paul Craig Roberts is the chairman of The Institute for Political Economy, former associate editor of the Wall Street Journal, and a well known author of many books. He is also a regular contributor to the Herland Report news site as well as The Herland Report TV interviews on YouTube. He has had careers in scholarship and academia, journalism, public service, and business. He has been awarded the Treasury Department’s Meritorious Service Award for “his outstanding contributions to the formulation of United States economic policy.”
Previous Paul Craig Roberts: “Herland Report is Important perspective, impressive truth-telling, outstanding work.”
Next The WHO is China’s instrument to defeat the West through Health Lockdowns?