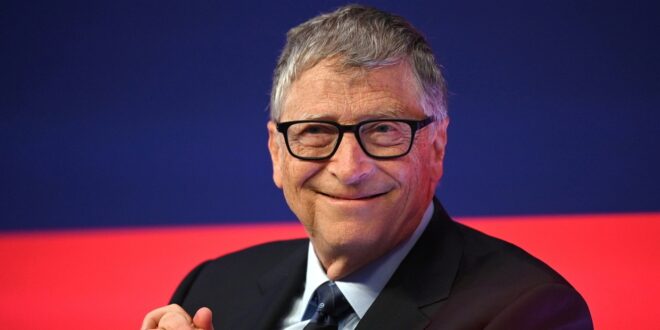 Herland Report: Dark Side Digital Revolution: People love the digital revolution.  It allows them to work from home and avoid stressful commutes and office politics.  The young love their cell phones that connect them to the world.

For writers the Internet offers, for now, a far larger audience than a syndicated columnist could obtain.  But while we enjoy and delight in its advantages, the tyranny inherent in the digital revolution is slowly closing its grip on our lives.

Use a gender pronoun or doubt an official narrative and you are blocked from social media.

The same corporations that are required by federal law to send us annual statements on how they protect our privacy also track our use of the Internet in order to build marketing profiles of us, writes Dr. Paul Craig Roberts, chairman of The Institute for Political Economy, former associate editor of the Wall Street Journal, and a well known author of many books.

Dark Side Digital Revolution: The FBI, CIA, and NSA track our use of the Internet to identify possible terrorists, school shooters, drug operations, and foreign agents.  Face identification cameras now exist on the streets of some cities.  DNA data bases are being built.  It goes on and on.

In China the digital revolution has made possible a social credit system.  People are monitored about what they say, what they read online, how they behave, where they go.

The profile that results determines the person’s rights or privileges.

A person who hangs out with the wrong crowd, criticizes the government, misbehaves, drives too fast, drinks too much, has a poor school or work attendance record might be denied a driving license, a passport, university admission, or could have access to bank account limited or blocked.

Dark Side Digital Revolution: Digital money is the ultimate power of tyranny.  In a system in which there is only government digital money, there is no way to pay a drug dealer, a prostitute, or wages off the books.

There is no cash form of digital money that can be put in our pocket and used for anonymous payment.  Advocates of digital money make much of its ability to close down crime and tax avoidance.

Digital money allows a block put on an alcoholic’s bank balance to prevent its use for the purchase of alcohol, and an overweight person’s food purchases could be controlled by how his digital money can be used.  These restraints put on individual choice are hyped as health measures.

But after all of this is said, the stark fact remains that the same power conveyed to authorities by digital money can be used to totally control the person.

Suppose you object to the evaporation of freedom, or expose a corruption, or challenge an official narrative.  The government can block your access to your account or block its use to pay for your housing or food, and bring you to your knees.

Once there is only government digital money, no one will be able to support websites such as this one or to organize a new political movement to challenge the ruling monopoly.

Protest movements become impossible.  Truckers and farmers would not be able to buy fuel for their vehicles. Once there is only central bank digital money, government can control all investment.

Freedom is impossible in a digital world.  You comply or you die.

You might say, yes all this is possible, but our commitment to freedom will prevent it.  There are two things wrong with this reply.  One is that our leaders are not committed to freedom.  The other is that it is already happening.

In a recent issue of The International Economy, Andreas Dombret and Oliver Wunsch make “The Case for Central Bank Digital Currencies.”  It is time to “go bold,” they say, and to get on with the job.

First understand that these two are operatives of the ruling elite.  Dombret was a board member both of the Deutsche Bundesbank (Germany’s central bank) and the European Central Bank.  Wunsch was the International Monetary Fund’s mission chief to Greece and Cyprus and the IMF’s representative to the Bank for International Settlements and the Financial Stability Board.

As you might not remember, or ever known, a few years back Greece and Cyprus were put through engineered financial crises.  In Cyprus people were denied access to their bank accounts.

In Greece the story is that the government was bribed to take out loans that could not be serviced or repaid.

The European Central bank backed by the IMF demanded that Greece come up with the money by shifting money from education and health spending to loan service, by freeing up more government funds by laying off civil servants, and by selling off public assets such as Greece’s ports and municipal utilities to private foreign investors, and to turn its protected islands over to real estate developers. The Greek economy collapsed.

Unemployment forced many Greeks to leave the country.  The London Times reported that so many women were forced into prostitution that the price fell to the cost of a cheese sandwich.

Greece lost her sovereignty and was placed under non-elected rule.  Now operatives associated with the pillage of Greece and the ruination of her women have been assigned the task of separating each one of us from the control of our own money.

The problem of cash is that it provides individuals with sovereignty.  People can have cash in their possession outside the banking system. They can make anonymous payments.

If tyrannical government seizes their bank account, they can survive off book in the cash economy.  But when there is no cash, they lose economic sovereignty.

Dombret and Wunsch do not approach the problem in this way as that would give their game away.

They stress the inconvenience of cash: “For consumers, stocking the right amount of cash at the bank counter or the ATM and playing physically at the baker or the butcher shop is not convenient.”  Of course, most people no longer pay with cash.  They write checks and use credit cards that pay them back part of the fees charged the merchant or give them airline miles as Delta’s American Express card does.  But the fact remains that they can still build a cash reserve to protect their independence.  Once cash is gone, so is independence.

Dark Side Digital Revolution: Digital currency already exists in Bitcoin and its rivals.  But these cryptocurrencies are private and do not provide the control opportunities.

Central Bank Digital Currency does not yet exist.  Nevertheless, Dombret and Wunsch have created it as a concept in being by giving it a name: CBDC.  Once named, it can now appear.

They push its appearance  by stressing that “the availability of a monetary instrument that does not fully rely on private sector infrastructure is an important public good.”  In other words, their position is that of the World Economic Forum, that a system controlled by a government of the elite is the model for the New World Order.  We peons should just accept the convenience of digital money and give up our control over our own affairs.

My conclusion is that any people stupid enough to trust government with central bank digital currency deserves to be the slaves that they will be.

William Engdahl tells us that the move by the Federal Reserve and other central banks from Quantitative Easing to Quantitative Tightening will unleash a tsunami of wealth destruction and that the fear the wealth wipeout will cause will be used to usher us into a world in which there is only central bank digital money.  Without any doubt this means the end of freedom and liberty.

Tyranny will suppress all independence of thought, expression, and action.

“This time, as insiders like ex-Bank of England head Mark Carney noted three years ago, the crisis will be used to force the world to accept a new Central Bank Digital Currency, a world where all money will be centrally issued and controlled. This is also what Davos WEF people mean by their Great Reset. It will not be good. A Global Planned Financial Tsunami Has Just Begun.” — F. William Engdahl.

Previous Europe’s Sad Delusion of Grandeur: Sanctions kill Europe, not Russia
Next The US Propaganda Ministry: Any Narrative may be Created and the Population Fooled