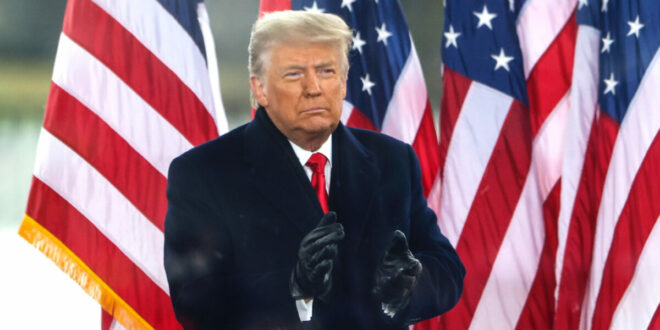 Herland Report: FBI Trump Raid: The Democrats in power in Washington have weaponized the FBI and Department of Justice (sic) in an effort to criminalize President Trump.

They tried this with Russiagate, with impeachment, with their fabricated January 6 Insurrection, and now they have sent an army of FBI agents into Trump’s home, relying on the presstitutes to tell a story of deep, dark, suspicious activities by Trump.

This writes Dr. Paul Craig Roberts, chairman of The Institute for Political Economy, former associate editor of the Wall Street Journal, in the aftermath of the FBI raid against the 45th President of the United States, Donald Trump and his Florida home. (Roberts’ article continues below).

Dr. Roberts: FBI Trump Raid: The Democrats have become so bold because Republicans, with few exceptions, are not fighters.

Republicans come out of the business world where the rule is “don’t rock the boat.” Republicans, being patriotic, feel responsibility to protect the reputation of the US government, and, therefore, acquiesce in Democrat abuses of power.

The Republican Majority Leader in the Senate, Mitch McConnell, for example, helped the Democrats steal the presidential election by denying that such a thing had happened.

The Biden regime has used the weaponized Department of Justice to block the efforts of states to return integrity to voter rolls and procedures.

Consequently, the Democrats can just as easily steal the November Congressional election as they did the last presidential election.  Republicans also face the disadvantage that their protests of stolen elections are misrepresented by Democrats and the presstitutes as racism, an epithet that scares fight out of Republicans.

FBI Trump Raid: When we see, as now is totally clear, that the FBI and the Department of Justice (sic) are totally corrupt, mere weapons used in a fight for political power, totally devoid of integrity and unconcerned with justice, we must acknowledge that we are a lost country in which the rule of law is a joke.

The American people, thanks to the Democrats’ Identity Politics and Critical Race Theory are so disunited that it will be extremely difficult for Republicans to do anything about the criminal regime that has risen in Washington.