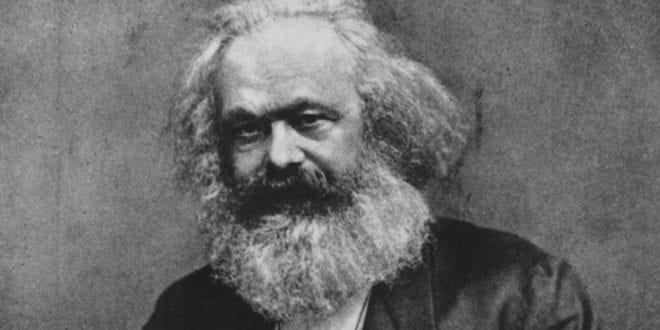 Will Marxist hatred for the West Finally Cancel America? WND

Herland Report: Did Karl Marx really aim to help the working class or simply to replace one ruling class with another – the Marxist tyrants? Will Marxist hatred for the West Finally Cancel America?

As drug abuse, social upheaval and lack of national unity engulf the United States, many ask where things went wrong.

Some argue that this is the end result of the 1960s Neo-Marxist social revolution that completely redefined Western values and thereby caused fundamental division and cultural decline, writes Hanne Nabintu Herland, historian, founder of The Herland Report, latest book New Left Tyranny. The Authoritarian Destruction of Our Way of Life.

The radical drug loving hippies that started off protesting later became the ruling class, the professors at the universities, the chief editors at the publishing houses and the media.

Gullible, young millennials have now spent years listening to their teachings and all joined Antifa, believing that the enemy of state is the Christian values that founded the American Constitution.

They believe that atheist anarchy, destruction of private property and civil war paves the way for peace and racial harmony.

Will Marxist hatred for the West Finally Cancel America? The 1960’s student rebellion was clearly Neo-Marxist, its leaders such as Herbert Marcuse used the term about his ideology.

Marxism found its revitalized shape after World War II in the Frankfurt School in Germany. This was an intellectual group connected to the Institut für Sozialforschung (Institute of Social Research) in Frankfurt am Main.

What many do not reflect on is that the leading intellectuals in Europe did not change their ideology after World War II. They agreed on a fundamental philosophical approach deriving from Marxism.

The pre-war socialist ideology continued even after the Adolf Hitler NAZI National Socialism lost in Germany, only slightly modified.

The intellectuals of the Frankfurt School remained Marxist, looking for ways to moderate the Marxist pre-war ideology in order to make it more applicable to a post-war situation. They were probably embarrassed by the way Communism and other forms of Marxism, as in National Socialism, had become horrifyingly centralized and authoritarian.

In the 1950s, as the word New Left emerged, the Neo-Marxists sought to distance themselves from the Marxist authoritarian traits, yet ended up perfecting the lack of tolerance for plurality in the 1960s hippie movement.

Will Marxist hatred for the West Finally Cancel America? In the 1960s, the New Left came full circle in completing Karl Marx’s objective in The Communist Manifesto from 1848, namely to “melt the solid into air.”

Marx’ hatred of traditional religion, politics, institutions made him a radical revolutionary Jew who spent his life defining radical socialism. Marx portrayed himself as a defender of the proletariat or working-class, and stated his opposition towards the feudal, landowner structures.

He is famous for “the class struggle”, but did he really aim to help the working class?

He introduced a system in which it may be argued that no real changes were made: Marx basically suggested for the state to take over the role of the feudal lords and the worker remained as deprived of the ownership to his revenues as ever. And who were to rule the state? His own, new ruling elite: The Marxists.

This is a secret of socialism that hardly anyone reflects on: Its aim was never to give the power to the working class, but to implement a new state elite that would rule the workers, control the taxpayer’s money and state revenues.

The Marxists simply desired to take the power away from the hereditary, aristocratic ruling class.

Marx’ gospel of envy is at the heart of Marxism. The hereditary class was to be replaced by a new ruling Marxist class.

The hated “factory owner” was replaced by a Marxist factory owner, thus perfecting the class struggle of envy.

The new ruling class would, after killing off the old in a bloody revolution as seen in the 1917 Russian revolution, take power and form a strong state. While pretending to be the saviors of the worker, the Marxist class was to become the new “state lords.”

This was to be done with brutal force and terror. Social evolution only takes place through the systematic destruction of the old system, it was said. “There is only one way to shorten and ease the convulsions of the old society and the bloody birth pangs of the new – revolutionary terror,” Marx famously stated.

Marx’ ability to motivate his followers to become the new tyrants is remarkable. Equally remarkable is the disdain for the rule of the people – democracy.

Will Marxist hatred for the West Finally Cancel America? Marxism allegedly fought the class struggle to “help the lower classes”, yet when achieving power, implemented an authoritarian, centralized state power which certainly has not given the power to the people, but rather concentrated it in the hands of the very few.

This is why modern socialism goes perfectly hand in hand with the globalist robbery capitalism, devoid of the Protestant ethic. In such a system, nobody cares about the working class.

Hanne Nabintu Herland is a historian of comparative religions, bestselling author and commentator. She is the founder of The Herland Report news and opinion website provides independent analysis from Western intellectuals, ground breaking YouTube interviews and Podcasts, cutting through the mainstream media rhetoric. This is a great place to watch interviews with leading intellectuals, thought leaders from across the political spectrum. Herland’s books include Respect, Det Nye Babylon, The Culture War. How the West lost its Greatness, and her latest, New Left Tyranny. The Authoritarian Destruction of Our Way of Life is available on Amazon, Barnes and Noble, across the USA and in 60 countries world-wide. New Left Tyranny shows how the neo-Marxist New Left turned their back on historical Western principles and became a destructive authoritarian force. www.theherlandreport.com