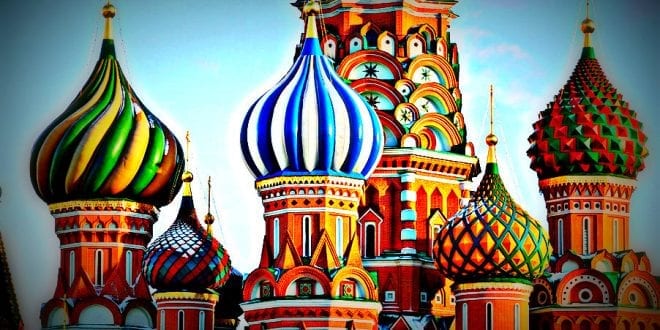 Herland Report: How Russia left Communism: Glenn Diesen’s book Russian Conservatism examines how Russia after a century of experimenting with communism and liberalism, has returned to its long conservative history, which dominated before 1917. BUY the book here or here.

The Cold War continues to dominate the West’s analysis and understanding of Russia. From 1917 to 1991, Russia was interpreted through the lens of communism, and since 1991 the focus has been on Russia’s lack of capacity and willingness to embrace liberalism.

This focus is rooted in the erroneous assumption that the only alternative to communism is liberalism, writes Glenn Diesen, Professor at the University of South-Eastern Norway, and a former professor at Higher School of Economics, Moscow, Russia.

Russian history, political system and foreign policy can hardly be understood without appreciating the central role of conservatism.

Conservatism, as a political philosophy, is about managing change as change and modernization must be based on the distinctive and traditional.

The past gives legitimacy and stability to contemporary society.

Revolutionary change is the anti-thesis of conservatism, as the past is uprooted to give way to completely new structures.

Case in point, the Kremlin approach to deal with the Soviet legacy demonstrates conservative assumptions about human nature and society.

Russian conservatives denounce the Bolshevik Revolution for its destructive effort to uproot the nation, the family as a central institution, the Orthodox Church, traditional culture and other indispensable features of society.

Yet, conservatives also recognize that the Soviet period must be incorporated into the national narrative as eliminating this period would be a revolutionary act by disconnecting people from their own past.

The solution has been to selectively salvage the valuable history from the Soviet era, such as the victory against fascism.

The lack of gradual and organic change has been a historic challenge for Russia ever since the Mongols invaded in the early 13th century and disconnected Russia from Europe and the maritime corridors that connected Russia with internationally trade.

Russia has historically been vulnerable to revolutions triggered by either stagnation or the socio-economic and political disturbances caused by great leaps forward to catch up with the West.

A Eurasian schism has ever since dominated Russian conservatism as the need to balance tradition and modernity manifested itself geographically as a European versus Eurasian identity.

Glenn Diesen: How Russia left Communism and embraced Russian Conservatism: At the beginning of the 18th century, Russia began its 300-year-long Western-centric policy. Peter the Great was praised for establishing access to the Baltic Sea and modernizing Russia, but condemned by the conservatives for starting a cultural revolution as the Enlightenment was interpreted as getting rid of Russia’s distinctive Eurasian traditions and culture.

Conservatives have since sought to reduce Russia’s excessive focus on the West and safeguard Russia’s distinctive traditions.

Glenn Diesen: How Russia left Communism and embraced Russian Conservatism:  The French Revolution with a focus on freedom, egalitarianism and fraternity was translated in Russia into orthodoxy, autocracy and nationality.

Western powers also opposed Russia’s return to Europe. The Crimean War of the 1850s, which intended to push Russia back to Asia, forced Russia to modernize quickly and look east.

A Eurasian political economy began to take shape towards the end of the 19th century, but was disrupted by revolution. Under communism, Russian conservatives recognized that the country had changed and that the attempt to turn back the clock would be a revolutionary act.

The Soviet Union was denounced as an extremely left-wing Eurasian state, which was to be replaced by a right-wing conservative Eurasian state when the Marxist experiment inevitably failed.

In 1991, the Soviet Union was instead replaced by a liberal project that continued historic mission to return Russia to Europe. Although, liberalism became a failed experiment and the West constructed a Europe without Russia.

The same time, the rise of Asia as ended five centuries of Western dominance and created an entirely new reality that did not previously exist.

The Eurasian schism is coming to an end as Russia no longer needs to look to the West for modernity and has now returned to the idea of a Eurasian conservative state.

Contemporary Russian conservatives have the task of harmonizing the conservative ideas from the 19th century with the revolutionary changes that shaped Russia through the 20th century, and adapt to the new reality of Asia’s rise in this century. 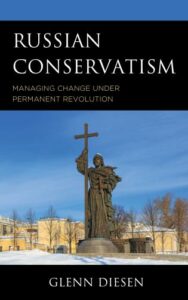 “A much needed study of Russian political philosophy that casts important light on Russian politics today.” — Jack F. Matlock, Jr., U.S. Ambassador to the USSR, 1987–1991, Author of Reagan and Gorbachev: How the Cold War Ended

“There is nothing more revolutionary in Russia than conservatism – the evolutionary adaptation to change and necessity. This paradox lies at the heart of Diesen’s original and challenging study. He analyses how Russian conservatism is developing in the context of restoring political subjectivity to Eurasia and the emergence of post-Western ideas of modernity. This is an essential contribution to important debates.” — Richard Sakwa, Professor of Russian and European Politics, University of Kent

Glenn Diesen’s other books are: Great Power Politics in the Fourth Industrial Rivalry: The Geoeconomics of Technological Sovereignty (2021); Russia in a Changing World (2020); The Decay of Western Civilisation and Resurgence of Russia: Between Gemeinschaft and Gesellschaft (2018); Russia’s Geoeconomic Strategy for a Greater Eurasia (2017); and EU and NATO relations with Russia: After the collapse of the Soviet Union (2015). Article first published January 29, 2021.

Previous Facebook responsible for sex trafficking: Half of online sex recruitment happens on the social media platform
Next End of the U.S.? 52 % Republicans and 41 % Democrats want to secede from Union