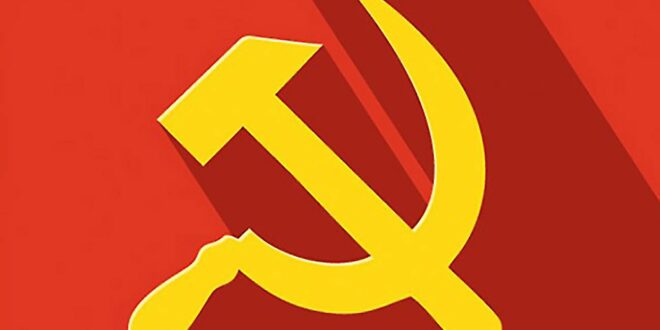 Herland Report: Soviet Atheist Repression: As totalitarianism and a remarkable intolerance of diversity of opinion is implemented in the United States, the memories of the repressive atheist Soviet system and its Gulag prisons are worth revisiting.

The Christian thinker, novelist and Nobel Prize laureate 1970, Alexandr Solzhenitsyn spoke vividly about the results of the atheist experiment in the Soviet Union.

Solzhenitsyn is referred to as the symbol of the contemporary Orthodox Christian revival in Russia, as he experienced more than sixty years of suffering under the harsh Soviet regime and came out undefeated by it. His monumental book The Gulag Archipelago explains how atheism repressed the human soul in a system that persecuted religion like religion has never been persecuted before, writes historian and bestselling author, Hanne Nabintu Herland in her WND column.

Maybe his most famous quote, which also sums up his worldview is: “The failings of human consciousness, deprived of its divine dimension, have been a determining factor in all the major crimes of this century. Men have forgotten God, that is why all of this has happened.”

In the West, we are likely to enter a similar phase of strict repression in the years to come, as the centralization of elite power is marked by a Soviet style intolerance towards Conservatives, traditional religion and anyone who practices critical thinking.

Soviet Atheist Repression: In the Templeton Lecture in London, 1983, Solzhenitsyn says: “I have spent fifty years working on the history of our Russian Revolution; read hundreds of books, collected hundreds of personal testimonies, and have already contributed eight volumes of my own toward the effort of clearing away the rubble left by that upheaval.”

“But if I were asked today to formulate the main cause of the ruinous Revolution that swallowed up some sixty million of our people, I could not put it more accurately than to repeat: Men have forgotten God; that’s why all this has happened.”

The Russian Revolution have to be understood on the backdrop of the main traits of the entire twentieth century: “The failings of human consciousness, deprived of its divine dimension, have been a determining factor in all the major crimes of this century.”

He recalls World War I, when a strong, wealthy and world-leading Europe fell into a rage of self-mutilation:

“The only possible explanation for this war is a mental eclipse among the leaders of Europe due to their lost awareness of a Supreme Power above them. Only a godless embitterment could have moved ostensibly Christian states to employ poison gas, a weapon so obviously beyond the limits of humanity.”

“The same kind of defect, the flaw of a consciousness lacking all divine dimension, was manifested after World War II when the West yielded to the satanic temptation of the “nuclear umbrella.”

Soviet Atheist Repression: Solzhenitsyn goes on to cite the Russian writer, Fyodor Dostoevsky who said that “great events could come upon us and catch us intellectually unprepared… The world will be saved only after it has been possessed by the demon of evil.”

Solzhenitsyn questions whether the world will be saved, as this depends on “our individual and combined efforts in the face of catastrophic circumstances, on whether we follow our conscience and our spiritual lucidity. But it has already come to pass that the demon of evil, like a whirlwind, triumphantly circles all five continents of the earth…”

In the past, Russian values were deeply rooted in Orthodox Christianity and remained true to the early Church’ message. During those centuries, the Christian faith became part of the very essence of what it meant to be Russian, in the priorities of daily life, the organization of the week and so on. Faith shaped the nation and unified the people.

Soviet Atheist Repression: What weakened Russian Christianity was internal strife in the 18th century. Transformations which favored the economy and the military was implemented at the expense of religious and national life. Solzhenitsyn explains: “The subtle poisons of secularism permeated the educated classes in the course of the 19th century and opened the path to Marxism. By the time of the Revolution, faith had virtually disappeared in Russian educated circles.”

“Revolution must necessarily begin with atheism,” wrote Dostoevsky. And the world had never before known a godlessness as organized, militarized and tenaciously malevolent as that practiced by Marxism, hatred of God being its principal driving force, Solzhenitsyn says.

The Russian 1920’s experienced an ongoing procession of victims and martyrs amongst the Orthodox clergy; scores of bishops perished, tens of thousands of priests, monks and nuns were tortured, shot in cellars, sent to camps, exiled to the Gulag. It was pure atheist totalitarianism.

Previous Scientism – not science – is the Modern Atheist Religion
Next Hanne Herland interviewed about her book “NEW LEFT TYRANNY. The Authoritarian destruction of our way of life”