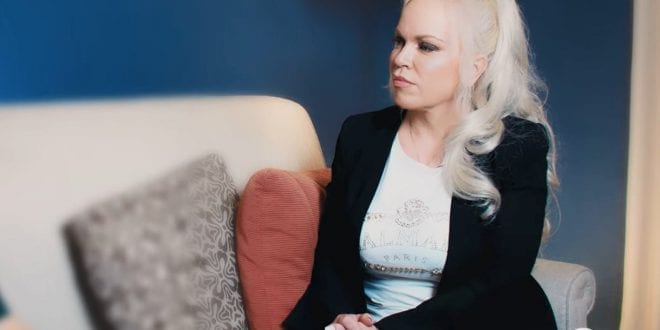 Herland Report: As the United States now openly embraces the Marxist Cancel Culture with its fervent hatred of traditional values and Conservatism, it looks as though Soviet totalitarianism is likely to get its replay in the former “land of the free”.

One of the most famous dissidents who experienced the depth of the atheist Soviet repression is Russia’s novelist and philosopher, Nobel Prize laureate 1970, Alexandr Solzhenitsyn.

The very essence of the communist ideology, which developed from Marxist theory, was to uproot traditional faith in God and its worldview, claiming that a godless, classless utopia would emerge once conservative religious values were exterminated. This did not happen, writes historian of comparative religions, author and founder of The Herland Report, Hanne Nabintu Herland.

The article was first published in her regular column at World Net Daily, the largest Conservative news network in the United States.

‘Cancel culture’? In Russia it created a communist holocaust: In the Templeton Prize Lecture, 1983, Solzhenitsyn described how communism brought with it an atheistic mentality and extreme secularization which absolved the traditional sense of morality: “Men have forgotten God; that’s why all this has happened.”

As described by yet another Soviet dissident to the West, Chris Banescu: “As a survivor of the communist Holocaust I am horrified to witness how my beloved America, my adopted country, is gradually being transformed into a secularist and atheistic utopia, where communist ideals are glorified and promoted, while Judeo-Christian values and morality are ridiculed and increasingly eradicated from the public and social consciousness of our nation.”

“Under the decades-long assault and militant radicalism of many so-called “liberal” and “progressive” elites, God has been progressively erased from our public and educational institutions, to be replaced with all manner of delusion, perversion, corruption, violence, decadence, and insanity.”

‘Cancel culture’? In Russia it created a communist holocaust: “It is no coincidence that as Marxist ideologies and secularist principles engulf the culture and pervert mainstream thinking, individual freedoms and liberties are rapidly disappearing. As a consequence, Americans feel increasingly more powerless and subjugated by some of the most radical and hypocritical, least democratic, and characterless individuals our society has ever produced.”

Communist states persecuted religion like it has never been persecuted before, writes the Russian Orthodox priest-monk, Seraphim Rose in his book God’s revelation to the Human Heart.

The suffering Orthodox Christianity saw its churches closed, its priests persecuted in the most horrific manner. Yet, precisely here was born the contemporary Orthodox revival and newfound belief in the conservative values that today characterize Russia. The country has famously left its Soviet atheism and embraced the Christian Orthodox faith. Over 70 % adhere to Christianity, a remarkable change little reported in the largely atheist Western media.

The despair and suffering that rose from realizing that communism and its Marxist ideology did not produce the promised land of justice for all, was precisely the push that fueled the Russian Orthodox religious awakening.

Solzhenitsyn, who had a strong Christian faith, may be seen as the very symbol of this revival, having undergone suffering in the Gulag prison camps, in detention and exile – yet, he came out undefeated by it.

As pointed out in a previous WND article on this topic, the atheist Gulag repression thus became the very starting point for spiritual rebirth, as faith in God and the religious worldview outgrew the empty slogans of atheist communism.

Father Rose points this out, recommending The Gulag Archipelago by Solzhenitsyn who saw atheism more as a universal category of the human soul. Like Dostoyevsky writes, everything becomes permissible – with no moral boundaries, when you accept the idea that there is no God. Then there is no judgement, no personal responsibility, no moral accountability, no need to “love one another like God loved us first”.

Life itself becomes meaningless, the universe a mere physiological fact with no deeper dimensions; the materialistic realm the only worth examining.

Alexandr Solzhenitsyn shows what atheism does to the human soul, demonstrating that where atheism become a dominant philosophy, intolerance – the lack of respect for other worldviews and fervent hatred of plurality – will permeate society to such a degree that prison camps become a must.

Father Seraphim Rose puts it this way: “Man wants religion, and if it is forbidden, he must be somehow gotten rid of. Therefore, since atheism is based on the evil in man’s nature and his right to slip away from any moral boundaries, the Gulag prison system is the natural expression of the atheist experiment in Russia.”

‘Cancel culture’? In Russia it created a communist holocaust:  One may argue that where there is atheism, there is only materialism since nothing else exists to the atheist. The only worthwhile pursuit is that of selfish gain, hedonism, bodily pleasures and material wealth. Atheism creates in the individual a remarkable mental poverty that makes him live in oblivion of the vast universe of the spiritual dimension.

Just as the metaphysical world carries eternal essence, the corrupted, temporary, constantly changing state of the physical world needs its humans to stretch their being towards that which is holy. Only the enlightened will receive wisdom to rule with justice.

‘Cancel culture’? In Russia it created a communist holocaust:  Also check out these topics at CNN or FOX News. Other sources may be New York Times, USA Today, the Washington Post or from the British angle, BBC, The Guardian, The Telegraph or Financial Times.

Previous Secular values redefined by New Left Marxists to mean the opposite of its original meaning
Next Israel stays close to Russia as America fails the Middle East: Naftali Bennett and Vladimir Putin