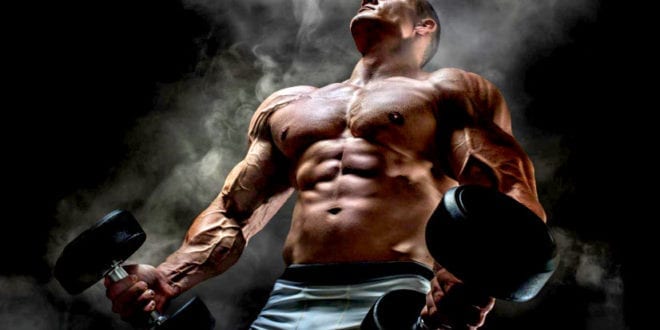 Herland Report: The Testosterone Hypothesis by Roy Barzilai: The story of Western civilization is the process of opening the human mind to discover nature and realize his potential as a rational man.

This struggle for mental liberation has seen many cycles of triumph and retreat throughout the history of cultural evolution.

The Testosterone Hypothesis focuses on understanding how our roots in biological evolution, from which Homo sapiens emerged, are still the dominating force of our cultural evolution and still shaping our minds and worldviews.

Modern neuroscience has discovered that hormones, such as testosterone, dopamine, and serotonin, have been a major factor governing our biological development and reproductive life cycle of birth, growth, procreation, and finally death.

However, this new, cutting edge research leads to a new understanding: these hormones carry a similar role in shaping the fate of civilization, the cycles of cultural growth and decay, and the rhythm of history.

Roy Barzilai is an independent scholar, who studied both Ayn Rand’s philosophy of Objectivism and Rivka Schechter’s philosophy of language, rooted in the Hebrew Bible. As a financial analyst for more than a decade, Roy became aware of the herd mentality in financial markets. He studied the Wave Principle of Human Social Behavior and the new science of Socionomics, focusing on how change in social mood affects society, its ideas, philosophy, culture, and economy. This dynamism is the engine of history. Roy holds undergraduate degrees from Tel Aviv University in Law, accounting, and computer science.

By uncovering the hormone secrets, we can liberate humanity from the more primitive dictatorship of our ancient mammalian brain. Then, the more recently evolved neocortex—the center of human reason and high-level conceptual thought—will be fully free to become the master of our destiny.

Sex. Life. Death. What is it that drives us toward sex, fuels life, and makes death inevitable? As it turns out, it’s the same thing: Testosterone.

Not only does testosterone fuel the passion for reproduction and play a critical role in the length of our lives, it is an integral component to the mechanism of human civilization—its triumphs and its tragedies.

In order to understand the forces that drive the life cycles of human cultures and that form the engine of history, The Testosterone Hypothesis goes to the most fundamental building blocks of human neuroscience.

Our hormones are the impetus for our history. This groundbreaking research proposes that the profound transformations in social mood that bring the rise and fall of civilizations are caused by biological cycles and directed by hormones.

Hormones regulate and control the way the human mind perceives the world, understands the nature of the good, and forms social organizations and political orders accordingly.

At a time when the course of civilization seems to be more uncertain than ever, driven toward pessimism and even despair, it is enlightening to take a new multi-disciplinary approach to studying the history of Western civilization.

Overthrowing the conventional, reductionist approach to science by integrating different disciplines—from evolution, biology, neuroscience, and psychology to the history and philosophy of Western civilization—we can reach a new understanding of the human mind and of our civilization as a complex, adaptive, living system.

To subdue the animalistic impulses that motivate our actions means to be guided by rational thought rather than primordial instincts and behavior: this will propel man to the next leap forward in human evolution. Our civilization is aging into a pathological state of depression.

The insights of The Testosterone Hypothesis can guide us to solutions with which we can restore the vibrant mindset that built the modern world.

Until Darwin’s publication of On the Origin of Species (1859) it was believed by the academic establishment that all species were created differently, with no one scientific principle process taking place. Darwin shattered the mystical view of creation with a new understanding of creation as an evolutionary process. In relation to the humanities and the social sciences, this anachronistic point of view still pervades the academic world still today.

The book, The Testosterone Hypothesis, shatters this simplistic view of the history of our cultural origins with a new groundbreaking thesis that the origin of cultures is an evolutionary process similar to the one taking hold in the biological world.

This revolution in the humanities of understanding the complexity of human civilization as a dynamic process will propel us to the next level of scientific knowledge. Get the book here.