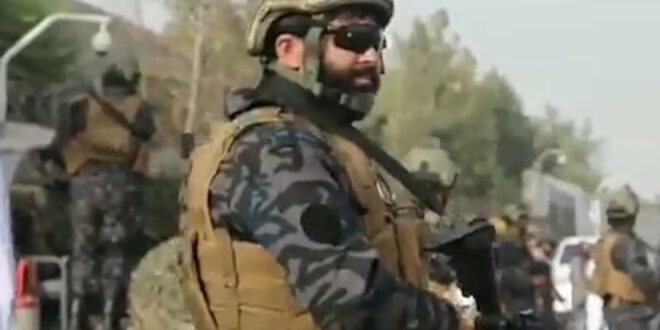 Afghanistan drug trade: Taliban takes over, or who?

This article explains: Is the American army simply leaving the extremely lucrative heroin production in Afghanistan that is said to produce around 90 % of the world consumption behind, handing the control of this billion dollar trade peacefully to a hostile Taliban?

The US opioid crisis broadly defined bears a relationship to the export of heroin out of Afghanistan.

How will  this multibillion trade (which until recently was protected by US forces) be affected by the withdrawal of US troops from Afghanistan.

Private mercenary companies are also involved in supporting the opium trade, writes author Dr. Michel Chossudovsky, an award-winning author, Professor of Economics (emeritus) at the University of Ottawa, Founder and Director of the Centre for Research on Globalization (CRG), Montreal, Editor of Global Research.

The US withdrawal has been the object of extensive negotiations between US-NATO and the Taliban. A deal was signed in Doha in late February 2020. Did the U.S. reach a “secret agreement” with the Taliban regarding the opium trade?

The Invasion of Afghanistan Contributed to the Increase in Heroin Addiction

Afghanistan drug trade: What is important to understand is that one of the key strategic objectives of the 2001 war on Afghanistan was to restore the opium trade following the Taliban government’s successful 2000-2001 drug eradication program which led to a 94% collapse in opium production. This program was supported by the United Nations. (For details, see below)

In the course of the last 19 years following the US-NATO October 2001 invasion,  there has been a surge in Afghan opium production. In turn the number of heroin addicts in the US has increased dramatically. Is there a relationship?

In 2020, at the hight of the covid crisis, deaths from opioids and drug addiction increased threefold. It’s Big Money for Big Pharma.

In a bitter irony, Johnson and Johnson which is marketing its “experimental” COVID-19 adenovirus viral vector vaccine, just so happens to be a major producer of prescription opioids.

In November 2020 a “a tentative $26 billion settlement was reached with counties and cities across America which sued J and J and its distributors on behalf of opioid victims.

This  class action law suit was “the largest federal court case in American history”.  It coincided with the launching of the Covid vaccine initiative in early November 2020.

Johnson & Johnson and the “Big Three” distributors, McKesson, Cardinal Health and Amerisource Bergen, potentially brings a large measure of legal closure for the companies and will funnel money to communities devastated by an addiction crisis that claims more than 70,000 lives in America every year.  (emphasis added)

Afghanistan currently produces 84 percent of the World’s opium which feeds the heroin and opioid markets.

Lest we forget, the surge in opium production occurred in the immediate wake of the US invasion in October 2001.

“In 2000-2001,  the Taliban government –in collaboration with the United Nations– had imposed a successful ban on poppy cultivation. Opium production declined by more than 90 per cent in 2001. In fact the surge in opium cultivation production coincided with the onslaught of the US-led military operation and the downfall of the Taliban regime. From October through December 2001, farmers started to replant poppy on an extensive basis.” (quoted from article below)

The Vienna based UN Office on Drugs and Crime (UNODC) reveals that poppy cultivation in 2012 extended over an area of  more than  154,000 hectares, an increase of 18% over 2011. A UNODC  spokesperson confirmed in 2013 that opium production is heading towards record levels.

In 2014 the Afghan opium cultivation hit a record high, according to the United Nations Office on Drugs and Crime’s 2014 Afghan Opium Survey.( See graph below). A slight decline occurred in 2015-2016.

War is good for business. The Afghan opium economy feeds into a lucrative trade in narcotics and money laundering. Read the full article here.

Afghanistan drug trade: Also check out these topics at CNN or FOX News. Other sources may be New York Times, USA Today, the Washington Post or from the British angle, BBC, The Guardian, The Telegraph or Financial Times.

Michel Chossudovsky is an award-winning author, Professor of Economics (emeritus) at the University of Ottawa, Founder and Director of the Centre for Research on Globalization (CRG), Montreal, Editor of Global Research.  He has taught as visiting professor in Western Europe, Southeast Asia, the Pacific and Latin America. He has served as economic adviser to governments of developing countries and has acted as a consultant for several international organizations. He is the author of eleven books including The Globalization of Poverty and The New World Order (2003), America’s “War on Terrorism” (2005), The Globalization of War, America’s Long War against Humanity (2015). He is a contributor to the Encyclopaedia Britannica.  His writings have been published in more than twenty languages. In 2014, he was awarded the Gold Medal for Merit of the Republic of Serbia for his writings on NATO’s war of aggression against Yugoslavia.