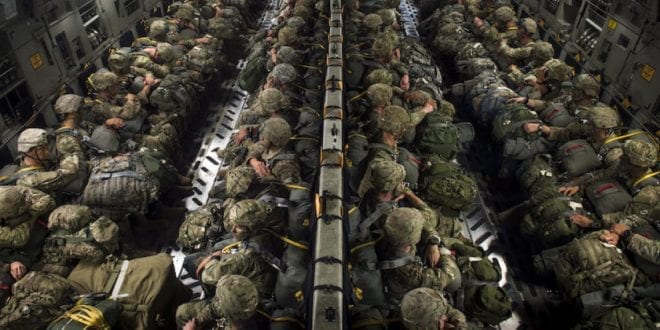 Twenty years on, after countless speeches about bringing democracy and women’s rights to Afghanistan, the U.S. is kicked out of the country in a remarkably public mainstream media Taliban showdown that now is labelled the Second Vietnam surrender.

The questions remain on whether the U.S. really is pulling back, or if Taliban will be a U.S. ally and the mainstream media show merely is the beginning of a new round with warfare on the Northern border of Afghanistan.

What happens to the extremely lucrative heroin production in the country that is said to produce around 90 % of the world consumption? Are the Americans simply leaving all that money behind, handing the control of this lucrative trade peacefully over to the Taliban?

Afghanistan has still been called the graveyard of empires. The Taliban capture of Kabul may be the turning point in history for American  supremacy as the public understands it, just like the battle for Aleppo turned the tide in the Syrian war, writes historian and author, Hanne Nabintu Herland.

The cut and run behavior, leaving loyal Afghans behind, thousands of American citizens still stuck in the country, one can but wonder what the Chinese and Russians are thinking. It is definitively a pitiful display of the Disunited States abandoning those who trusted her to fulfill her promises.

Watching President Biden state that the United States never came to Afghanistan to bring democracy or nation building is jaw dropping to the public. Especially for soldiers who have served in Afghanistan, the families of those who suffered and died there, for the Western public who have been told for decades that this country was worth fighting for and bringing democracy to  – the American army exit must be hard to bear.

Yet, first and foremost, it represents the failure of the Neoconservative (neo-con) ideology that permeated American thinking post-Soviet: The idea that America was to rule the world in brute force, using its military to implement regime change in many nations and prevent the rise of any other power in Europe, Asia or Russia, that could serve as a constraint on American unilateralism.

With the failure in Afghanistan – whether private mercenary armies take over or not – the American neo-con movement has gone full circle, defeated in all its public goals. It lost in Iraq, it lost in Libya, it lost in Syria and now, it lost in the opium rich Afghanistan.

Afghanistan marks Total Failure of the American Neo-Con Strategy: Questions still linger at the prospect of the massive heroin trade that exploded after the U.S. take-over: Is it part of the deal that the Taliban will continue to support this trade, which is said to fuel around 90 % of the world heroin supply and drug market? Taliban is, after all, initially a Western supported group.

The Trump deal with Taliban 18 months ago, defined the powerplay behind the ending of the Afghan conflict, as the American public seem tired of watching taxpayer money go into a seemingly endless war.

Many remember U.S. four star general Wesley Clark, hero from the Balkan wars, who famously spoke about his shock when discovering that taking down nations was the neo-con plan at the Pentagon both prior and post 9/11.

The Pentagon plan, he was told, was to topple the government of seven nations in five years, in the wake of Russian weakness post the fall of the Soviet Union: Iraq, Libya, Lebanon, Syria, Somalia, Sudan, and Iran. Victorious, the neoconservatives such as Donald Rumsfeld, Dick Cheney, Paul Wolfowitz and others felt invincible.

Afghanistan marks Total Failure: General Clark described this as a political policy coup, a change in American foreign policy that never even was discussed in Congress. In his book, A time to lead: For duty, honor and country, he explains the shock and horror of how the neo-cons took power and ruthlessly overran the traditional American view on the aim of its foreign policy.

Afghanistan marks Total Failure: General Clark describes how it dawned on him that the aim of the U.S. military now was changing. Up to this point, the goal of the military had been to defend American territory and hinder conflicts in the aim of preserving peace.

The plan now became to restructure the use of military force towards an attack force – no longer a defense force – where ever American political and economic interests were at stake, going to war in international waters and removing other nation’s heads of state with military power.

Clark recounts his conversation with Deputy Secretary of Defense, Paul Wolfowitz, after a meeting with Colin Powell during the first Gulf war in 1991. Wolfowitz stated that one of the most important American lessons from that particular Gulf war was that the Russians did not stop them.

This window of opportunity, he said, they would use in the coming years to attack countries in the Middle East and remove governments that the United States disliked, before another superpower would emerge and stop the progression of American power.

As early as 1991, Wolfowitz, who later had to resign from a post as President of the World Bank over a scandal, outlined this change in foreign policy strategy.

In 2007, long before the Libya and Syria war, General Clark said that the current neo-con strategists could hardly wait for the Iraq war to be over, in anticipation to create civil unrest and regime change in Syria.

In an interview with me for The Herland Report, Dr. Paul Craig Roberts says about this period: “It’s really not even American hegemony, it’s just Washington’s hegemony. Of course with George W.W Bush, the neo-conservatives completely ran the government. The real president was Dick Cheney, the vice-president and a hard lined neo-conservative. The Secretary of Defense, the State Department, the Pentagon was full of them. They completely dominated the National Security Council. This is where 9/11 came from. This is where the war on Afghanistan and Iraq came from. Paul Wolfowitz said stated that the principle goal of American foreign policy is to prevent the rise of any other power, especially Russia, that could serve as a constraint on American unilateralism. That was their aim. That is why I say that the worst thing that happened was the collapse of the Soviet Union. It removed the constraint, it lead the neo-conservatives to make these kind of claims and it has ever since dominated our foreign policy.”

“Our system is failing, but I think it’s good that bad ideas are failing. I want the fiat currency to fail, I want people to have honest money, I want liberty to prevail,” he adds. says Dr. Paul.

Afghanistan marks Total Failure: Also check out these topics at CNN or FOX News. Other sources may be New York Times, USA Today, the Washington Post or from the British angle, BBC, The Guardian, The Telegraph or Financial Times.