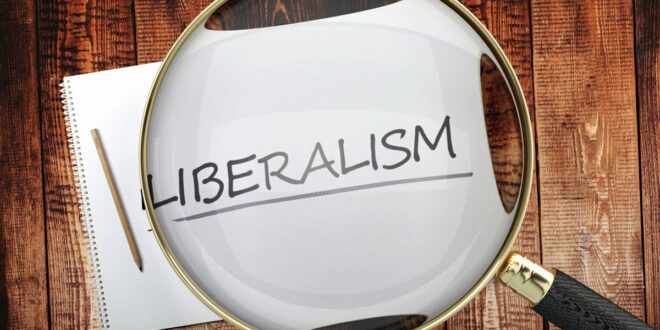 Herland Report: Western Marxist Liberalism: Let us take a closer look at how some of our well-known Western values have been redefined to fit the current Marxist agenda in the West.

The rewriting of history to defame traditional values has been going on for many years, with the peak implementation of a new Marxist system of values in the 1960s that deviate dramatically from Western traditional values.

Currently, we are not taught what famous historical terms in Western traditions initially meant or its implication for history, but rather the New Left’s redesigned meaning of it, writes historian of comparative religions and bestselling author, Hanne Nabintu Herland.

For example, the word “liberal,” which in the Marxist West today has a completely different meaning than in the 1600s, when the term initially was used.

In the 1600s, secularism adopted the conviction that political conditions should be discussed outside of the religious sphere, from a so-called “neutral” perspective. It was in this period that the Christian English philosopher John Locke defined modern liberalism and theories of human rights.

Locke’s liberalism is a principle that stands in great contrast to the New Left nihilist, relativist and hedonist definition of liberalism.

Today, the meaning of the word “liberal” has almost turned into the very opposite of what the God-fearing Locke defined it to be.

Western Marxist Liberalism: The original concept of liberalism guarantees freedom of choice and is one of the main freedoms upon which democratic systems rest.

Locke formulated the reasons for why religious tolerance is essential, stating that enforcing uniformity would lead to more social disorder than allowing religious diversity.

What Locke advocated was to implement a government that the people consented to. This would protect human freedom to live his life as he felt to be his divine calling.

He also spoke about the principle of political equality among its citizens, to prevent a system where only the elites in essence had rights.

A third principle was that which is so well-founded in the American Constitution: The right to resist tyranny and thereby voice critical opinions against the ruling elite in order to stop the abuse of power.

The right to live in personal freedom versus submission to dictatorial rule is central to John Locke’s conservative definition of liberty.

“For men being all the workmanship of one omnipotent and infinitely wise Maker; all servants of one sovereign Master, sent into the world by His order and about His business. They are His property, whose workmanship they are made to last during His, not another’s pleasure,” Locke wrote in Second Treatise of Government (1690).

Locke’s definition of freedom and equality must be anchored in the Hebrew and Christian scriptures, says Joseph Loconte, PhD, is an associate professor of history at the King’s College in New York City and the author of God, Locke, and Liberalism: The Struggle for Religious Freedom in the West. These political principles function as guarantors against tyranny of any sort, whether atheist or religious.

Locke’s liberalism is, as we see, a principle that stands in great contrast to the New Left nihilist, relativist and hedonist definition of liberalism.

Today, the meaning of the word “liberal” has almost turned into the very opposite of what the God-fearing Locke defined it to be.

Many now associate the term “liberalism” with the rebellion against traditional responsibility and advocacy for free sex and the legalization of drugs in a climate that legitimizes selfishness in disregard of the obligation towards others.

Yet, liberalism for Locke was not the individual’s right to live selfishly. He did not advocate for a lifestyle in which man is to free himself from the concept of the inner conscience and the law of nature.

The right to liberty did not imply the right to exploit others in pursuit of self-satisfaction.

Freedom was defined as the individual’s right to behave responsibly in the community, yet still, pursue personal liberties. For Locke, liberalism was not devoid of morality. Obligations and a strong sense of responsibility were closely knit to his definition of rights.

Locke saw man as sent into the world by God’s order, to go about and do His business as His property and workmanship.

He derived his fundamental political theory from biblical texts, insisting that people could not understand the law of nature without the assistance of the teachings of Jesus.

Locke further states that the concept of freedom, as well as equality, is originally derived from Genesis, the first book of the Bible.

Consequently, to him, all men were created as free, rational beings, and therefore democratic governments needed to acquire approval for the political decisions of its people. His thoughts are clearly reflected in the American Declaration of Independence.

John Locke lived in a time of religious intolerance between the various institutionalized Christian denominations and brutal wars on the Continent.

He was a political revolutionary who argued that the teachings of Jesus society would find keys to a more peaceful society.

Dr. Joseph Loconte further points out in his defense of religious freedom in the definition of the basis of the secular state, A Letter Concerning Toleration (1689), Locke wrote:  “Proposing to ourselves and others the example of our Lord and Savior Jesus Christ, as the great pattern for our imitation.” His point was that Jesus did not coerce anyone into the faith and respected the variety of faiths, ethnicities, and creeds in his time, as described in The New Testament, where Jesus’ life and words are carefully recorded only a few years after his death.

Locke stated that the church’ persecution so active in his days, of the variety of Christian denominations, was neither Biblical nor in accordance with the liberal and tolerant teachings of Jesus.

Previous Oliver Stone, Vladimir Putin and the way out of the Russia-Ukraine War
Next The Socialist Marxist State versus Conservatism and Freedom