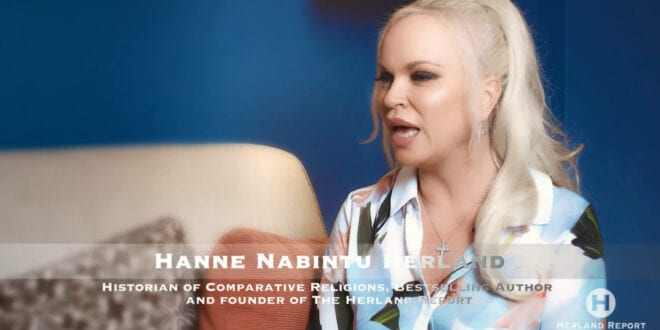 Yet, it is no surprise that this is happening. The breakdown of the cultural cornerstones that held us together happened by design.

In a series of articles, I examine what went wrong with the Marxist feminism that has accomplished to bring down the family in the West, writes historian Hanne Nabintu Herland in her WND column.

As explained in another WND article, the feminism that dominated the 1960s onward was vastly different from the conservative variant at the beginning of the century.

In the early 1900 feminism, the woman was hailed for her female qualities, her chastity was a virtue, family life with the children adored. The demand was for equal rights, respecting the differences between the sexes.

In the 1960s, feminism took a new and arguably more man-hating form, along the lines of the Marxist, atheist ideology that was popular in this period.

Marxist feminism destroyed the family:  The aim was to remove the woman from her traditional role as part of a family nucleus and destroy traditional Western values which placed strong emphasis on marriage as a sacred bond between two lovers.

A new set of atheist ideals based on promiscuity and free sex was to take its place, informing the woman that emancipation meant giving guys whatever they wanted – for free, no strings attached. This message was preached with remarkable zeal at the universities, in the media and publishing companies.

It ended up attacking the whole foundation upon which the stability of society was founded: The family.

It was in the aftermath of World War II that Marxist intellectuals, such as Theodore W. Adorno and Herbert Marcuse became the intellectual founding fathers of the radical movement – labelled neo-Marxism – that later fueled the student rebellions in the 1960s.

Their ideas became the New Left in America. This was the early days of free sex, drugs, abortion and a total revolt against traditional religion. The grace and protection of God was no longer needed, children were no longer regarded as blessings from the Almighty, but rather as “obstacles to individual success.”

The woman was to carefully consider if she even wanted to have a child. To love one another was no longer the ideal, only to love oneself.

The greatest weakness of this arguably misogynist feminist movement was the assumption that independence requires the woman to step out of the fellowship of men.

Her freedom is defined as the moment she “gets a divorce”. By disentangling her from the dependency on others – the interdependence that connects us all – freedom became her right to tend to her egoism alone. In a sick twist, the movement also attacked the biological femininity that characterizes her.

She was to dislike her own sex, being taught that she is a chronic victim of “evil male dominance”.

Everything about her was now questionable: Her childbearing ability, her role as a wife, her abilities to form future citizens as a mother; her time in the kitchen cooking, being the faithful lover to her man, her choices in the professional world.

Marxist feminism destroyed the family: Even female beauty was vilified, feminine women were cursed by other women as “male-dominated,” “trying to look good to please the man.” By attacking the core of womanly self-esteem, feminism taught a whole generation that the biological characteristics of their own sex was not good enough.

She had to “become a man” and take on “the man’s traditional role” in order to succeed in life. Consequently, nothing she did in the heart of the family gave her social standing, only that which was done in her professional life as a worker outside the home.

Marxist feminism fed brutally on the discontentment of Western women. “Gradually, I came to realize that something is very wrong with the way Western women are trying to live their lives,” wrote Betty Friedan in The Feminine Mystique.

Friedan is regarded as the founder of the now so horribly failed American feminism, writing about “the problem that has no name,” suggesting that marriage, the bond to her husband and the very essence of the traditional family was the precise problem that limited her.

Here Marxism found its best helper in the quest to demolish the traditional structure of society: The woman and her discontentment with life.

Ironically, the call for “having even more” resounded well among millions of women in the 1960s –the time in American history where women’s living standards were higher than ever, with more vocational possibilities, wealth and freedom than ever before.

The stupidities of Marxist feminism is unbelievable, yet here we are today engulfed in its consequences.

Previous Love is the Remedy: Why do we hate each other so much?
Next mRNA Jabs Shockingly Hazardous: Worse than the Disease, says MIT scientist, Dr. Stephanie Seneff