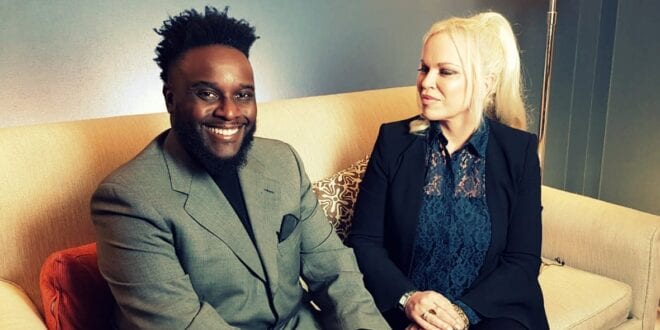 Interview with Woodley Auguste: The US Prison Industry Injustice must be dealt with

Herland Report: TV host, Hanne Nabintu Herland speaks with Woodley Auguste about the US drug industry, the US prison industry injustice and the need for prison reform. Watch it here.

“We have a problem because many young people are incarcerated, charged with sentences that are way beyond the parameters of the law,” says the founder of a U.S. based public relations and marketing consultancy, Woodley Auguste.

“Many of the people that live in the so-called American inner city ghettos are generally people of color, unlike in Europe where you’ll see a mixture of races. Where it is primarily Latino and blacks and people with poor education here in the US, the lack of economic opportunity then becomes endemic of a larger issue. Crime often becomes rampant within those communities.”

The US Prison Industry Injustice: Woodley Auguste explains: “Crime of course, creates a number of challenges that young people as well as old are experiencing, where they feel unsafe in their own neighborhoods.”

“It becomes the survival of the fittest, which then becomes part of the bigger issue. You have these communities where people are marginalized, where they feel threatened in terms of their safety, there is lack of opportunities – so they resort to activities that are considered criminal.”

“We have a problem here in the US, because many of these young people are incarcerated where they are charged with sentences that are way beyond what would be within the parameters of the law. It creates a cycle where it is an epidemic that affects multiple generations.”

“Yet, we hardly ask ourselves these questions, it is little addressed. What you have are these young men that are entrepreneurs actually, but they become misguided, get involved with drugs successfully, then they get incarcerated. Still, we don’t ask: “These drugs didn’t just come to the ghetto, somebody else brought them here”. Why is there disproportionate sentencing for those crimes where the low-level drug dealer is given inordinate amount of time in jail versus the supplier and the distributor not so much?”

“The amount of people that are being incarcerated is disproportionate within a small community or a small population. Then you have a problem where these people are policed, but also unhappy with the police. It just boils over into this very unfortunate situation that plays out time and time again here in the US.”

“While the prisoner should go through a rehabilitation process, in effect they come back worse than ever. So, there is something that is very flawed with our correctional system, because it is not rehabilitating anybody. They are coming back to become even worse criminals.”

“We have to ask ourselves “someone is profiting from this” because it’s a vicious cycle that is going on. Get arrested, go to jail, the privatization of these prisons make make some get money off these families, attorneys, these men and women get out of jail and get right back to the criminal world.”

The US Prison Industry Injustice: Also check out these topics at CNN or FOX News. Other sources may be New York Times, USA Today, the Washington Post or from the British angle, BBC, The Guardian, The Telegraph or Financial Times.

Previous Battlefield America: The Ongoing American War on Americans
Next What to do about Inflation, according to famous political economist