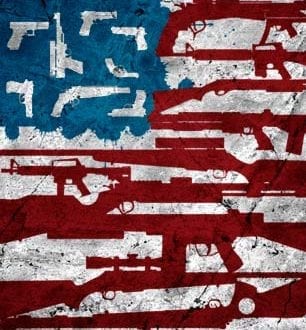 The United States will cease to exist as a nation, divided in blue and red states?

Mark Twain, once a celebrated American Author, now cast into the Memory Hole as the author of “racist” Huckleberry Finn, opposed American hegemony and warned Americans, usually a useless and unprofitable task, that Washington’s lust for conquest would destroy the American republic.

He wrote that Washington’s “trampling upon the helpless abroad” would teach Americans, “by a natural process, to endure with apathy the same treatment at home.” Americans who had applauded the crushing of other people’s liberties would live to suffer  the same fate, writes Dr. Paul Craig Roberts, a regular contributor to The Herland Report.

The problem with Americans is that they only learn of their peril when it is too late to do anything about it. America, like Humpty Dumpty, has fallen off the wall, and it will take more than all the king’s men to put America back together again.

Indeed, it would take massive violence against those multitudes whose propagandistic lies have destroyed the belief of so many  Americans in their country.

The widespread teachings in taxpayer-financed American public schools and universities, and in racial sensitivity training in American corporations and US military present the picture of the white American as the greatest threat our country faces.  Seldom do those cast as the villain win.

The United States will cease to exist: The blue states are now trying to imprison the former president  and 535 of his supporters who rallied for him on January 6. Trump supporters are called “insurrectionists” and “domestic extremists.”  The Biden idiot in the Oval Office calls this “Unifying the country.”

Yes, unified like the one ring would unify the world under Sauron in The Lord of the Rings.

But the country is not unified.  66% of Republicans in the US South and about half of West Coast Democrats want to secede from the Disunited States.

Blue state democrats regard white Americans as “systemic racists” whose DNA compels them to be “white supremacists” and oppressors of “people of color” by which they mean blacks and not Asians, who are also “racists” because they outperform blacks.

To stop Asians from taking on the basis of merit admission places that Harvard University wants reserved for blacks and Jews, Harvard imposes racial quotas against Asians just as National Socialist Germany limited Jews.  Where Hispanics fit is undecided by blue state Democrats because some of them are almost white and others are mainly Indian.

The Democrats’ Identity Politics is encountering the same problem National Socialist Germany had in deciding what blood percentage makes who what.

This is America today. There is no longer an American Nation. A nation requires homogeneity. No such thing exists in America, not ideologically, culturally, or racially.  America is a Tower of Babel.  It is nothing else.

New York Democrats are framing Donald Trump by building a false case against Trump’s business manager, which will be dropped when Trump’s business manager turns false witness against Trump. 535 Trump supporters are rotting in jail despite habeas corpus awaiting their frame ups for being “Trump insurrectionists” and entering Congress under the tutelage of  FBI agents pretending to be “insurrectionists.”

What real American can support a government this corrupt?

If the moronic zionist neoconservatives who populate the illegitimate Biden Regime get us into a war with Russia or China or even Iran, we are done for.

The American people are so insouciant that they have no idea of the collapse that is staring them in the face. My generation is the last generation capable of producing political and business leaders capable of understanding that if there are only material interests of interest groups and ideological interests, there is no national or public interest.

Over the course of my lifetime I have watched the slow destruction of my country. I could describe in it detail year by year, but I won’t.  The young are not aware of it.  They are born into the moral, political, and legal depravity, and to them it is normal. It is all they know.  They are confident that they are more attuned to reality than an old fogey like me. The young, never having experienced the past, have no idea of what has been lost.

Assertive in their ignorance, they march on into destruction, and the country goes with them.

The United States will cease to exist: Also check out these topics at CNN or FOX News. Other sources may be New York Times, USA Today, the Washington Post or from the British angle, BBC, The Guardian, The Telegraph or Financial Times.

Previous The end of the United States? 66 % of Southern Republicans want to split the country
Next The Culture War: Atheists are small minority in ocean of believers