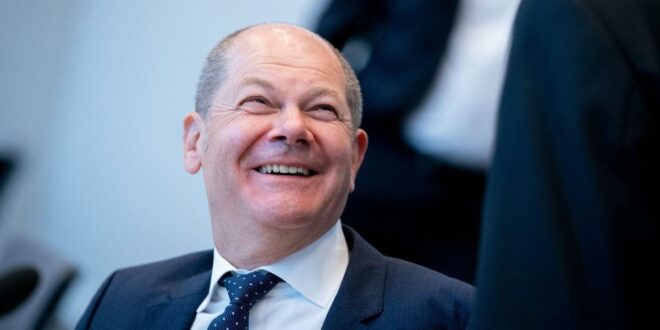 Germany and Europe is now being forced into a depression and a de-industrialization as a result of the sanctions that the Americans have told them to impose on Russia, writes Dr. Michael Hudson, President of The Institute for the Study of Long-Term Economic Trends (ISLET), in an article on Germany’s position in the American New World Order.

The country that is suffering the most collateral damage is Germany.

Europe, the American Vassal: Germany has been Europe’s most advanced industrial economy, its steel, chemicals, car industry depend on import on Russian commodities, oil and gas.

This happens while the United States is freely importing oil from Russia via Italy, as it is exempt from the very same sanctions imposed on Russian oil and natural resources in Europe, Dr. Hudson says.

At the Herland Report, we have written since April this year about the extremely destructive effect that European sanctions have on Europe, referring to the Pentagon Plan that explicitly states the need to keep Europe down. we have also predicted the American capital take-over of European assets as a result of the dramatic weakening of European economies.

The U.S. Defense Department long ago (1992) expressed the need to weaken Europe, Asia or the former Soviet Union in order to make sure that the U.S. maintains the leading role in the unipolar system.

in order to perpetuate the U.S. role, the United States “must sufficiently account for the interests of the advanced industrial nations to discourage them from challenging our leadership or seeking to overturn the established political and economic order,” the draft document states.

Europe was to be dominated by the United States, weakened, deterred from aspiring a regional role and without a strong will to protect their legitimate interests. This is exactly what is happening now in a most dramatic fashion. Read excerpts from the Michael Hudson article below.

Europe, the American Vassal: Germany and other NATO countries have been told to impose trade and investment sanctions upon themselves that will outlast today’s proxy war in Ukraine.

U.S. President Biden and his State Department spokesmen have explained that Ukraine is just the opening arena in a much broader dynamic that is splitting the world into two opposing sets of economic alliances.

This global fracture promises to be a ten- or twenty-year struggle to determine whether the world economy will be a unipolar U.S.-centered dollarized economy, or a multipolar, multi-currency world centered on the Eurasian heartland with mixed public/private economies, writes economist Michael Hudson.

Europe, the American Vassal: President Biden has characterized this split as being between democracies and autocracies. The terminology is typical Orwellian double-speak. By “democracies” he means the U.S. and allied Western financial oligarchies. Their aim is to shift economic planning out of the hands of elected governments to Wall Street and other financial centers under U.S. control.

U.S. diplomats use the International Monetary Fund and World Bank to demand privatization of the world’s infrastructure and dependency on U.S. technology, oil and food exports.

What basically is at issue is whether economies will be planned by banking centers to create financial wealth – by privatizing basic infrastructure, public utilities and social services such as health care into monopolies – or by raising living standards and prosperity by keeping banking and money creation, public health, education, transportation and communications in public hands.

The country suffering the most “collateral damage” in this global fracture is Germany. As Europe’s most advanced industrial economy, German steel, chemicals, machinery, automotives and other consumer goods are the most highly dependent on imports of Russian gas, oil and metals from aluminum to titanium and palladium.

Yet despite two Nord Stream pipelines built to provide Germany with low-priced energy, Germany has been told to cut itself off from Russian gas and de-industrialize. This means the end of its economic preeminence. The key to GDP growth in Germany, as in other countries, is energy consumption per worker.

The effect will be to make German industry uncompetitive. Bankruptcies will spread, employment will decline, and Germany’s pro-NATO leaders will impose a chronic depression and falling living standards.

Europe, the American Vassal: Most political theory assumes that nations will act in their own self-interest. Otherwise they are satellite countries, not in control of their own fate. Germany is subordinating its industry and living standards to the dictates of U.S. diplomacy and the self-interest of America’s oil and gas sector. It is doing this voluntarily – not because of military force but out of an ideological belief that the world economy should be run by U.S. Cold War planners.

Sometimes it is easier to understand today’s dynamics by stepping away from one’s own immediate situation to look at historical examples of the kind of political diplomacy that one sees splitting today’s world.

The closest parallel that I can find is medieval Europe’s fight by the Roman papacy against German kings – the Holy Roman Emperors – in the 13th century. That conflict split Europe along lines much like those of today. Read the full article here.