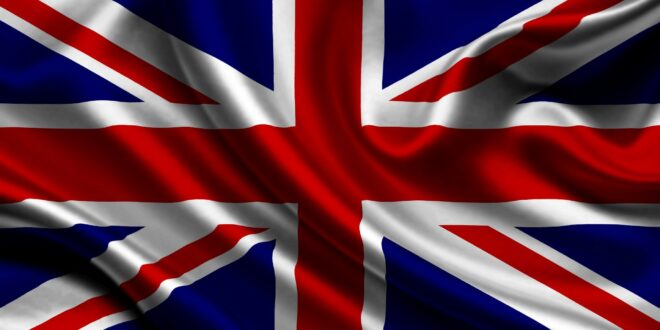 Herland Report: I have reported that my conclusion from David Irving’s two volume Churchill’s War (a third volume is expected) is that the US fought World War II against Great Britain.

Confirmation of this is provided by Michael Hudson’s book, Super Imperialism: The Economic Strategy of American Empire, whose expanded 50th-anniversary edition is to be published this May.

Churchill warned “that the United States was capitalizing on British adversity to seize control of the British Empire.”

In the fifth chapter, “Lendlease, the British Loan and Fracturing of the British Empire, 1941-45,” Hudson shows that British desperation for financial means with which to conduct war was taken advantage of by Washington in order to destroy the British Empire, writes Dr. Paul Craig Roberts, read his first post on the topic here.

The US Fought World War II Against Great Britain to finish off British Empire: “Treasury Secretary Henry Morgenthau Jr. and his staff negotiated with Britain the terms on which America would provide support. Their aim was to help Britain against Germany, but not help it recover its position as world banker, for it was seen not only as a friendly belligerent in need of arms credit but as a potential rival.  The U.S. negotiators were single-minded and unyielding.”

The aim was “American financial hegemony.”

One of the steps taken was to strip Britain of her overseas investment holdings of its large companies. Britain had to nationalize the private companies and put them up for sale abroad.

The US Fought World War II Against Great Britain to finish off British Empire: “To U.S. officials, what was being decided were the terms for just how the dollar would end up replacing sterling as the world’s leading currency.

When Britain’s negotiator Frederick Phillips reached Washington in December 1940, he found that Morgenthau “insisted that the British should turn their pockets ‘inside out’ and give him full details of their assets in the United States and Latin America, and what they were willing to take for them.”

Morgenthau “started putting pressure on the British to sell off their big American companies – Shell Oil, Lever Brothers and Brown & Williamson Tobacco,” and on January 28, 1941, promised the Senate Foreign Relations Committee: “If Lord and Lady Astor own real estate in New York their assets will be on the auction block with the rest.”

The assets that Roosevelt’s officials had been unable to get the British government to requisition from its citizens and sell off to U.S. buyers to settle its World War I debts now would be sold to pay for arming itself and fighting World War II.

The Americans even wanted the British to turn over the gold deposited in London for safekeeping by Britain’s defeated allies and to send a cruiser to seize South Africa’s gold for Washington.

The British economist John Maynard Keynes complained that the Roosevelt administration was focused on stripping Britain “of our liquid assets to the greatest extent possible” as the price of LendLease.

The British were plundered by the Americans.  For example, Britain’s Courtauld’s Viscose Corporation was sold “to an American banking group for $54 million, about half its real value.”

Congress delayed the British rescue until “a financially exhausted Britain was left with only $12 million in uncommitted reserves.  On July 28, 1941, Keynes was handed a draft of Article VII of the Lend-Lease Agreements, calling for a strict commitment to non-discriminatory foreign trade and the end of British Imperial Preference.”

The US Fought World War II Against Great Britain: In other words, the price to the British of LendLease was “the dismantling of Commonwealth economic arrangements” and the end of the British Empire.

Churchill warned “that the United States was capitalizing on British adversity to seize control of the British Empire.”

Keynes insisted that the British could not sign what he said were “lunatic proposals,” but the British acquiesced.  The price of Churchill’s war was the British Empire and the rise of US world hegemony.

Previous Painter Helene Knoop Learning From the Masters, Doing A Grand Tour – Cave of Apelles, Nerdrum School
Next TV interview with Chuck Crismier: How Feelings and Psychology is destroying our Culture