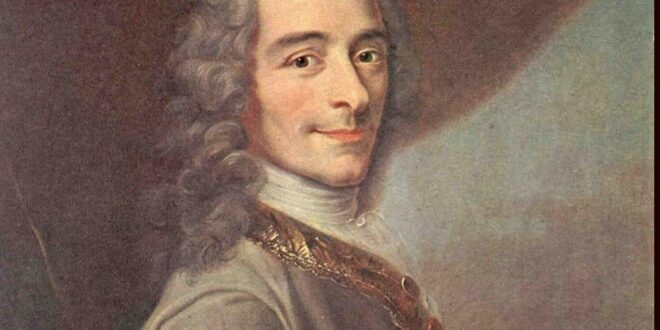 Herland Report: How the Left redefined History: The elites that controls the media, the universities, and the publishing houses write history. They retell how we are to understand the past, redefining perspectives.

Since the Marxist groups began dominating the narrative in the West, history has been rewritten to fit a specific agenda: To demonize traditional values, precisely the ideals that made the West a world leading civilization.

How the Left redefined History:  Yet, Voltaire spoke highly of tolerance, yet practiced the very opposite. He was famous for his immense hatred towards the Christian Church and the religious traditions in his time. His writings are filled with the very opposite of the respect for the majority view in society or the right to differ in opinion.

For example, “Christianity is the most ridiculous and the most absurd bloody religion that has ever infected the world” or “Theological religion is the source of all imaginable follies and disturbances. It is the parent of all fanaticism and civil disorder. It is the enemy of mankind.” Yet, his disturbance and discontent with life are apparent in yet another quote: “I have wanted to kill myself a hundred times, but somehow I am still in love with life.”

Many of the angry philosophers who had such a grudge towards the philosophies of Jesus Christ reflect more than anything lack of knowledge of the very faith they criticized. Voltaire says: “The Bible. That is what fools have written, what imbeciles command, what rogues teach, and what young children are taught to learn by heart.”

It was Christian theology in the Middle Ages and Spanish scholasticism that formed the basis of what we today call human rights, as we have seen. Even before that, Athenian democracy spoke of the need for public debates and arenas in which intellectuals could discuss morality, politics, and social issues in a civil manner.

Yet, Voltaire’s writings are permeated with a reeking dislike of Christianity, Judaism, and Islam. He does not seem to have a shred of respect for religious freedom. It went on to the degree that Wolfgang Amadeus Mozart, upon Voltaire’s death, allegedly burst out, saying that “the arch-scoundrel Voltaire has finally kicked the bucket.”

How the Left redefined History:  In Liberal Fascism, commentator Jonah Goldberg illustrates in a compelling way how the establishment in the US has been willing to go to immoral lengths in order to remove people whose politics they dislike. The French Revolution was a totalitarian revolution that played the populist card to the hilt, he says.

Investigative journalist Sharyl Attkisson, who has been working in the media for over thirty years, tells her sad story in Stonewalled of the decline in investigative journalism and truth-telling in America. She points to the multi-billion-dollar corporations that aligned with the government have almost complete control, pushing for a massive surveillance of citizens, journalists, and dissidents alike.

She examines the unseen influences of political figures, special interests, and corporations that manipulate the images you see every day, whether on social media, the news, or many other outlets.

She strongly advises the public to start viewing the news outlets as TV commercials, saying she has never seen a tougher clampdown on the freedom of the press. People need to start thinking: “Why is that story airing? Who pushed it? What special interest might be behind it?” and “Am I getting the full story?”

Mary Catharine Ham speaks of this in End Discussion, stating that a growing number of Americans are sensing an insidious strain of self-censorship on topics that break with the New Left news outlets.

They find themselves shutting up and not risking the social harassment of “being the enemy of the system.” The radical enforcers who instantly attack anyone who voices opinions or views that are not in line with the establishment are everywhere. At parties, family gatherings, in universities, and all over the media. Wherever they are, people feel the fear.

Ham states that it is not a trait of free societies that debates in which a variety of views presented are forcefully quashed. This fear of speaking up is actively pushed by leftist radicals who seek to raise the cost of speaking publicly, hoping that slandering others will cause those who have other opinions in society to be silenced. It is a highly undemocratic, authoritarian behaviour that seeks to quash free speech, under the pretext of hailing it. And Voltaire started out by helping this trend to prosper.

Previous An American solution for the Unpayable Corporate Debt
Next Interview with Dr. Ron Paul: We need to return to the respect for international law