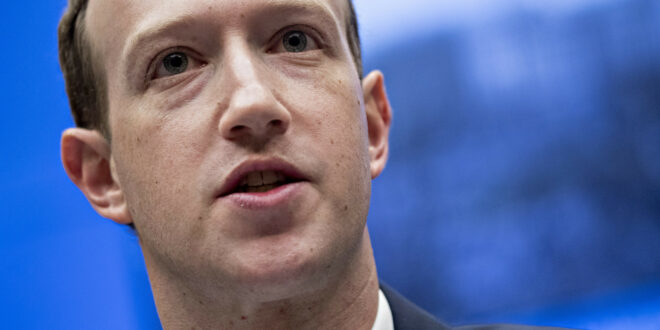 Herland Report: Rage over Inquisitionist Soviet style Big Tech: It is a legitimate question: Why should society tolerate cheeky boys with a massive flair for totalitarianism, like Facebook’s Mark Zuckerberg, who a few years back sat at his dorm thinking up a project and now apparently believes he is the leader of the free world?

Why should young, unelected billionaires be allowed to quench democratic processes by censoring free speech and plurality of opinions?

Why allow the inquisitionists to continue their Stalinist spree against political views that differ from their own?

For example that of Twitter CEO, Jack Dorsey, who arguably openly demonstrates that he is against diversity of opinion, writes historian of comparative religions, author and founder of The Herland Report, Hanne Nabintu Herland.

Who elected Soviet style Mark Zuckerberg to rule by the feudal lord Medieval Age strategy, deciding who is allowed to speak and who is not?

Even the mere mention of a possible election fraud gets a post banned, signaling that Facebook does not even care IF there was voter fraud during the U.S. 2021 election. It prohibits any discussion.

Rage over Inquisitionist Soviet style Big Tech Tyrants: The banning of state leader Trump from Twitter, Facebook, Instagram, Reddit is the best demonstration yet of the brazen totalitarian push. It may also be the very game changer that ends Big Tech dominion.

From what I have read, not anywhere, nor in the speech in question did Trump ask for MAGA to use violence, rather the contrary – in tweets now meticulously deleted.

His last Tweet read: “I am asking for everyone at the U.S. Capitol to remain peaceful. No violence! Remember, we are the party of law and order. Respect the Law and our great men and women in Blue. Thank you!” Constitutional lawyer, Rachel Alexander’ insight into the current impeachment probe is well worth reading. Trump’s speech right after the Capitol clashes was, of course, quickly removed from most medias.

Looking at how Facebook eliminates Dr. Ron Paul, denying him access to his own material, spells the beginning of the end of the Facebook era. One completely loses the wish to participate in Facebook activity after this.

Many are now sick and tired and millions terminate their Twitter and Facebook accounts, moving on to other platforms such as Locals, MeWe, Rumble, Signal, Telegram, Parler  (..oops).

The killing of Parler, one of the social media sites that are currently challenging Twitter, clearly illustrates the problem. Parler has sued Amazon.

As David Harris reports, its CEO, John Matze responded to Amazon removing Parler from their hosting services, calling it an attack on competition, claiming that Amazon’s suspension violated antitrust laws and breached the contract between the two.

As late as November, 2020, the Big Tech companies faced lawsuits attempts to break up the massive monopolies on “communications infrastructure”. Banning the president may be viewed as a retaliation.

Rage over Inquisitionist Soviet style Big Tech Tyrants: The social media giants are now facing a backlash from world leaders, presidents and shocked individuals alike. The leaders of Germany, France, the EU, Mexico and others react with horror at the totalitarian push. Not to mention that the United States looks like a complete Banana Republic to the rest of the world for allowing this to continue. The “greatest country in the world”? Hardly anymore.

Daily Wire reports that the German Chancellor Angela Merkel sharply criticized Twitter’s decision to ban Trump, deeming it “problematic”. Stating that “the right to freedom of opinion is of elementary significance, this fundamental right can be intervened in, but according to the law and within the framework defined by legislators — not according to a decision by the management of social media platforms.” Mexican President Andrés Obrador labelled the development as a Holy Inquisition.

So, since social media platforms now feel responsible for censoring conservatives and state leaders, they are also choosing to take responsibility for content. This makes them game changing eligible for lawsuits over content as well.

If Section 230 of the Communications Decency Act of 1996 is changed, the Big Tech companies would crumble, and it is about time.

Comments Fox News: “Section 230 states that “no provider or user of an interactive computer service shall be treated as the publisher or speaker of any information provided by another information content provider. A new bill would stop tech giants from taking advantage of the controversial piece of legislation. The section has been pivotal in the rise of today’s social media giants by allowing not only Internet service providers –­ but also Google, Twitter, Facebook, YouTube and others –­ to be shielded from liability from content posted on their platforms by third parties.”

We may be better off without social media, since its current Stalinist billionaire owners are using their communications infrastructure politically and thereby simply cannot resist the temptation to turn the United States into pre-World War II Germany.

In the 2020 book, New Left Tyranny. The Authoritarian Destruction of Our Way of Life, she shows how the neo-Marxist New Left turned their back on historical Western principles and became a destructive authoritarian force. Her latest book Trump. The Battle for America is also available on Amazon and in over 60 countries world-wide. It states that Donald Trump may be the most demonized president in US history. Why? Because he challenges the globalist elite, who also own the media. With his “America First” slogan, he launched a battle on the globalist leaders that for decades have benefitted from the outsourcing of jobs and wealth to China. www.theherlandreport.com