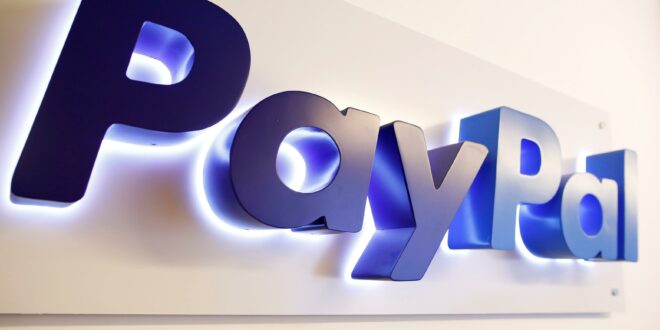 Institutionalizing Theft: PayPal now steals Funds from those they do not like

Herland Report: PayPal now steals Funds: Last week PayPal, an online service for making and receiving payments, announced that at PayPal’s “sole discretion” $2,500 would be seized from accounts of those PayPal decided were guilty of spreading misinformation.

“Misinformation” is whatever some speech control office at PayPal doesn’t like or dissent from official narratives.  In other words, PayPal announced a policy of thought control as described in George Orwell’s 1984.

Moreover, $2,500 would be seized for each bit of misinformation, apparently even for errors resulting from being misinformed or from misunderstanding.

Since the definition of misinformation is at PayPal’s sole discretion, it wouldn’t be long before PayPal, faced with missing its quarterly expected profits, would jack up its earnings by seizing people’s accounts, writes Dr. Paul C. Roberts.

He is the chairman of The Institute for Political Economy, former associate editor of the Wall Street Journal, and a well known author of many books. He is also a regular contributor to the Herland Report news site as well as The Herland Report TV interviews on YouTube.

It is unclear how a person spreads “misinformation” on a payments mechanism.  Does it mean that “spreading misinformation” means donating to an organization that challenges official narratives?

Does it mean that PayPal would have an army of employees watching social media comments of account holders and reading their emails?

The first seizure was in England where the robbed account was that of the Free Speech Union.  It caused an uproar and protests from Members of Parliament and PayPal’s former president, and a couple of days later PayPal said that PayPal’s announcement that it was going to seize money from customers’ accounts for spreading misinformation was itself misinformation.

PayPal now steals Funds: Think about this for a moment.  If PayPal can seize $2,500 from your account because some woke freak in PayPal’s Thought Control Police Force finds your opinion “offensive,” so can your bank, your 401k, your IRA, your investment account.

Your credit card company can bill you $2,500 for each disapproved statement and turn your account over to bill collectors when you don’t pay.

Maybe your car and house will be seized.  Once central banks impose digital money on their insouciant populations, people can be robbed at will by every approved party for every imaginable offense.

A Fish Rots From the Head

Where did PayPal get the idea that it can seize the money of people whose statements it disapproves?  Obviously, they got it from the US government.  The US government has seized people’s property because the property “facilitated a crime,” which means that a crime took place on the property by someone, not necessarily the owner (The Tyranny of Good Intentions by Paul Craig Roberts).

The California government wants to steal the medical licenses of doctors who ignored medical protocols designed to serve Big Pharma’s profits and instead saved their patients’ lives.

Think about what the US government has done to Julian Assange.  His decade long incarceration in the absence of charges, trial, and conviction violates all legal principles that comprise our constitutional protections from arbitrary and unjust treatment by government.

PayPal now steals Funds: It shows how far gone we are that Assange’s illegal and unconstitutional treatment continues year after year and produces no outrage from Congress, media, law schools, bar organizations, courts, or the American population.

The official narrative is that he is a Russian spy and we have to get him at all cost, including the establishment of precedents that destroy our security from arbitrary and ruthless oppression.  The assertion that Assange is a Russian spy is an intentional lie, and for the sake of supporting a lie we are depriving ourselves of our constitutional protections.

The US government’s policy of seizing whoever’s property it wants to seize is spreading worldwide.  If the home of democracy and the rule of law can arbitrarily do as it likes, so can the South African government which says it is considering seizing the farms of white people without compensation.  In other words, there is no longer a rule of law. There is a rule of power.

The rule of power is what Putin, Xi, Maduro, and the American and European peoples are up against, and they seem very slow to realize it.

Dr. Paul Craig Roberts is the chairman of The Institute for Political Economy, former associate editor of the Wall Street Journal, and a well known author of many books. He is also a regular contributor to the Herland Report news site as well as The Herland Report TV interviews on YouTube. He has had careers in scholarship and academia, journalism, public service, and business. He has been awarded the Treasury Department’s Meritorious Service Award for “his outstanding contributions to the formulation of United States economic policy.”
Previous The Bible is by far the most read book in the world, and for good reasons
Next American Totalitarianism versus Soviet Repression