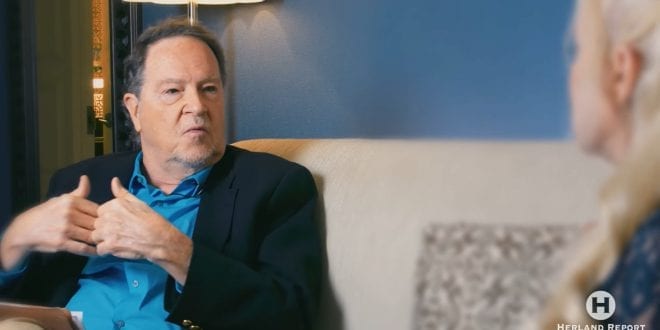 Herland Report: In an interview with attorney, John Whitehead, The Herland Report host, Hanne Nabintu Herland asks him about surveillance capitalism, Martin Luther King Jr. and whether we are facing the end of democracy.

We are an oligarchy now, owned by the ultra rich?

John Whitehead is the president of The Rutherford Institute, a constitutional attorney who has defended so many against police brutality, one of the US’ leading voices for the American Constitution and the Bill of Rights.

He is also an acclaimed author with titles such as Battlefield America. The war on the American people.

Whitehead says: “Occupy Wall Street, if you remember that, it seems like everything has moved on very quickly now, either by the system or whoever. We had Martin Luther King there for ten years screaming and yelling, saying we need to love each other, but we need to debate. We need to stop. Where are those people today?”

Watch The Herland Report TV interviews on YouTube with John W. Whitehead, on the militarization of police here and the US governed by a money elite here.

John Whitehead says: “They are just not out there. They are not trying to raise mass awareness, and with the way the systems evolved, this can be very, very difficult. I am just telling people with the Internet, which basically created a global society just by its existence.”

“Abraham Lincoln said it, what one generation learns in school that practices then so will the next generation, so through the educational system, which over the years in this country has always used the word “dumbed down”, especially in terms of rights and thinking, political correctness.”

NEW: Exclusive interview with John Whitehead: Surveillance Capitalism: Whitehead: “I think George Carlin, the great commentator, he said political correctness is “fascism with manners”, I would call it language fascism, limiting the number of words that we speak. The key is how we express our thoughts through words.”

“For example, you cannot talk about certain historical figures. They are tearing down monuments in this country all over the place. You cannot just go to a monument, say you disagree with that guy and what he did. No, you have got to tear it down. Get rid of it.”

“These people are not thinking, in my opinion. The average American watches one hundred and fifty one hours of screen devices a month. What that says is you are not thinking.”

“What we are seeing on Facebook and other social media, is that artificial intelligence now basically get into the Internet and run a lot of it. It is this idea that they study everything you do – what you think – and then they tailor everything to you.”

“In other words, you are just giving something deliberately like a package of thought. It is made of data, basically data bits which control how you think.”

“It is very much a feudal system, but it was that from the beginning in this country. The people who wrote the constitution, the time the constitution was written, 90% of the population were farmers. They were poor people. The system always had been run by people with money.”

The Herland Report offers Independent Cultural Analysis and believes in freedom of speech. Its editorial policy resides above the traditional Left vs Right paradigm which we believe has lost its relevance and ability to describe the current driving forces in Western politics. Hanne Nabintu Herland is a Scandinavian historian of comparative religions, bestselling author, commentator and TV producer, known from the media for sharp analysis and fearless speech. She was born and raised in Africa, has lived in Europe, South America, in the Middle East, and travelled extensively in Asia.

Previous The American De-Industrialization and Poverty
Next FBI Gestapo Tactics: Hallmarks of an Authoritarian Regime