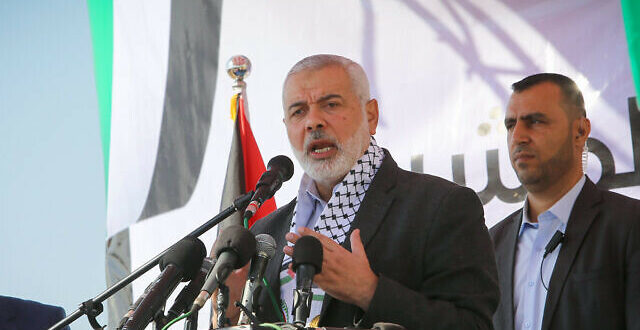 Wealthy Palestinian leaders and the Israel conflict: Where do all the billions in aid go – certainly not to regular Palestinians

Herland Report: Wealthy Palestinian leaders and the Israel conflict: As numerous Arab nations such as Bahrain, United Arab Emirates, Marrocco, Sudan have forged peace agreements and business deals with Israel the past year, the Palestinian Authority has been somehow left in the dust of past conflicts.

As known to everyone, the Palestinian leaders live off the Western aid industry as billions have poured into Gaza and the West Bank the past fifty years. Aid dependency is a massive problem in the region, fueling corruption and creating a Palestinian underclass that lives on Western benefits – dependent on hand outs from the West to survive.

This degrading situation is vividly upheld in the West, which has a seemingly innate need to portray people from other regions as “weak, feeble and dependent on us”. This degrading view of Palestinians permeate Western Leftwing thinking.

In this cabal, corrupt politicians have long benefitted from the lavish handouts. Where does the Gaza billions in aid go? Hardly anybody in the West asks the question. They cannot, because it would rock the current Leftwing narrative of the “feeble and sorry Arabs who constantly need our help”.

The money certainly does not go to Gaza, chronically displayed with bombed out houses and hospitals, year after year. How are the billions spent, as the Western aid certainly does not build up Gaza after military conflicts with Israel.

The corruption is well documented. Human Rights Watch’ report on Gaza leaders shows widespread abuse.  The two-year investigation included interviews with nearly 150 people, many of them ex-detainees. It accused both the Western-backed Palestinian Authority in the West Bank and the Islamic militant Hamas in Gaza of using “machineries of repression” to stifle criticism. And this is no news to anyone used to the region. Yasser Arafat died a billionaire. How was that possible, who did he serve, the people?

The past years we have heard little from the Hamas Gaza conflict. Israel, on the other hand, has been quite peaceful. The terrorist bombings have been happening in Europe and elsewhere, bus bombings have become extremely rare in Israel. The country has been largely peaceful, also during the Syria war, in which Israel actively participated.

The central question becomes: In whose interest is the sudden eruption of renewed violence along the traditional lines of Gaza rockets and IDF retaliation?

For years, Israelis have been buying property and land from Palestinians, and slowly moving into East Jerusalem after purchasing land. Why the sudden escalation now?

Wealthy Palestinian leaders and the Israel conflict: Where do all the billions in aid go: The age old, stone faced conflict was recently described by Hamas political chief, Ismail Haniyeh who lives well in Qatar, far from the Gaza poverty situation. Happy about the current conflict, Haniyeh spoke of the current media victory in placing “the Gaza situation” back on the international media map:

“Hamas terror chief Ismail Haniyeh hails Hamas’s “victory” in the recent hostilities with Israel, saying it will have a wide impact in the region’s relationship with the Jewish state. We have destroyed the project of ‘coexistence’ with Israel, of ‘normalization’ with Israel,” Haniyeh says. The terror group leader promises that Hamas will enjoy growing regional support following the 11-day conflict.”

The aim is consequently to halt the ongoing peace processes with other Arab nations, and, one may assume, renew the massive aid industry that supplies Gaza with billions yearly. At The Herland Report, we have questioned for years where the billons go. To fund the lavish life of Palestinian leaders? Maybe not, but it certainly does not go to fund the building up of livelihood for regular Palestinians.

Gaza remains ever so poor, Palestinians privately speak in anger about the alleged massive corruption among the Palestinian elites that receive these funds.

Seemingly, hardly anyone dare to criticize the Hamas leadership openly. Why? Isn’t the Western media openly supportive of the Gaza leadership and largely against the Israel perspective? If so, our partners would be Hamas. So, it should interest us where the money goes.

Why are the streets, houses, hospitals never fixed in Gaza? Years have gone by since previous conflicts, why is the rubble not removed and the hospitals not rebuilt? Where has the money gone?

Wealthy Palestinian leaders and the Israel conflict: Where do all the billions in aid go: The halting of Western funding to the Palestinian Authority has been an undergoing process the past years. US has confirmed it will stop all aid to Palestinians in the West Bank and Gaza, in a step linked to new anti-terrorism legislation, reported the BBC.

Last year, Washington cut hundreds of millions of dollars of aid to the Palestinians supported by USAID, also ending all US funding for the UNRWA, previously giving annually more than any other nation, with $360m in 2017 alone.

“The West has to stop patronizing, stop being neo-imperialistic. Aid needs to be weighed very carefully because it is a form of a drug, it is an addiction. It reinforces the very central dimension of the problems, the negative imaging, the negative social processes.”

Where does the Gaza billions in aid go? Hardly anybody in the West asks the question. They cannot, of course, because it goes against the Leftwing narrative that one should always “feel sorry for” those who do not come from the West, instead of demanding accountability. We all know this is the narrative, the very opposite in the age of New World Order, to the traditional value of equality regardless of race, creed or ethnic origin.

No need to mention the innate racism in such a statement. None the less, this is the racist ideology in the Progressive West. Addressing Arab corruption remains a no-go.

We all remember very well how Yasir Arafat died a billionaire, according to Forbes, yet the Western media has not exactly been willing to examine how the billions were spent. Except stating there was abuse.

The estimated international aid controlled by Arafat amounted to around USD 5.5 billion since 1994,  and he seems to have overseen all disbursements, according to Forbes.

It sure did not go to the streets of Gaza or Jericho – evident to everyone who has visited the area. No hospitals built, no schools, hardly any roads, houses not rebuilt after Israeli strikes? The money seems to have evaporated into thin air.

“For years Investigators have followed Arafat’s money trail for years in order to find out how the billions donated to the Palestinian cause have been spent. The web seems to be quite intricate – as it usually is in the Middle East. Everyone keeps quiet about who got what. Looking at the streets of Gaza, it is, nonetheless, horribly evident that little went to build up what was needed for the Palestinians who live there. Alas the irony that nobody talks about. Yet, speaking with regular Palestinians, the lamentations about the Palestinian Authority corruption is rampant.”

Yet, the problem of repression is rampant from Syria to Libya to Iraq, national unity chronically hindered by questions of “who pays who” in seemingly endless stories of corruption.

This is why it becomes so easy for Western forces to meddle into the autocratic systems of the Mid Eastern affairs, as so many are dead tired of precisely the corruption and lack of freedom in their own countries.

Of course, everyone blames the West for neo-colonialism and correctly so, but it should be time sometime soon for Arab leaders’ accountability too?

Wealthy Palestinian leaders and the Israel conflict: Where do all the billions in aid go: Also check out these topics at CNN or FOX News. Other sources may be New York Times, USA Today, the Washington Post or from the British angle, BBC, The Guardian, The Telegraph or Financial Times.