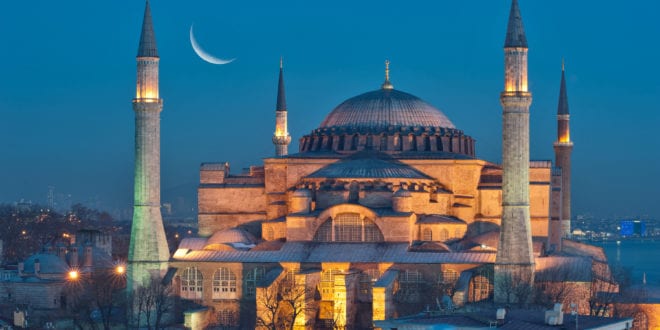 Herland Report: The Irrational Liberal hatred of religion: Many wonder how the West came to denigrate religion as a source of morality. How the intellectual, neo-Marxist elites in the media, at the universities, among politicians came to perceive Christians as reactionary parts of an undesirable, hopelessly outdated past.

How did the neo-Marxists come to hate their own culture so much and its religious foundations? Why the cultural revolution against all traditional and historical values that once made the West such a great civilization?

The Irrational Liberal hatred of religion: Precisely in a time where the pillars of society are crashing into a sea of relativism and hedonism, religious ethics could have motivated individuals to do good, show more empathy, solidarity, fidelity, loyalty and honesty.

The German atheist and philosopher, Jurgen Habermas, speaks about this: The need to reinvigorate religious ethics in secular society. History shows, he states, that the belief in God has shown a particular ability to make people care about others, precisely what secular society now lacks.

The Liberal hatred of religion: Yet, the Western hatred for religion is surprisingly strong, in the media, at the universities, in public life. Christians are told to shut up and revert to their own private space, while the atheist missionaries take over the scene with vigorous preaching of the godless gospel.

This development didn’t happen overnight. The philosopher Friedrich Nietzsche was in the 1800’s among those who fought for a world without traditional, Western values and pushed towards radical change in society. He defined his worldview in Thus spoke Zarathustra and Beyond Good and Evil.

Nietzsche’s theories about the “übermensch” – the super human – was one of the concepts that later became important to National Socialism and its elitism, under the leadership of the socialist, Adolf Hitler. And Nietzsche ended his own life in an insane asylum.

Nietzsche’s philosophy implied that the human condition is meaningless, in stark contrast to the Christian message that “God so loved the world.” Nietzsche, who confidently proclaimed that “God is dead”, questioned of the rationale of the Christian faith, saying that man must be freed from the chains of a religiously motivated morality.

To him, the world was an existentially empty place where each individual was alone. Cosmos was an empty space with no spiritual forces, no God who could help anyone.

The whole concept of a Creator that will hold man accountable for his own actions was not only ridiculed by Nietzsche, but also by the earlier Karl Marx, who stated that religion is the sign of the oppressed creature.

Religion was, to Marx, the opium of the people and he thought up a remedy: Communism.

The French existentialist, Jean-Paul Sartre and many others later followed the same path. In The Future of an Illusion, Sigmund Freud described spiritual belief as an infantile, subservient safety net from which people should liberate themselves. By the early 1900s, the intolerant version of “secularism only” came to dominate nearly all branches of science.

Nietzsche maintained that religion developed a slavish mentality whereby people performed rituals only to keep in good graces with gods and other supernatural powers.

His conclusion was that people would only become mature and free when the reference to one’s “conscience” dissipated.

He sought to free himself from the constraints of the conscience and hailed a nihilistic way of life, which advocates a hedonistic morality.

The Irrational Liberal hatred of religion: Men like Nietzsche vehemently proposed the ultimate revolt against religion and its morality.

This became a strong force that pushed the West in the direction we see today; modern permissiveness, extreme liberalism and its remarkable disdain of boundaries.

The legitimization of selfishness, materialism and promiscuity now engulf Western culture in its complete lack of politeness and good manners.

At its metaphysical core, atheism implies a major revolt against the idea that God is the Creator of all things, residing high above man and will one day judge the world with justice.

It implies a fundamental opposition against the concept of the Eternal Eye.

Consequently, if God is no more man needs no morality. He has nothing to fear. There is no judgement of his actions, no doom awaiting. Man exists for himself and for his own benefit only. He needs to concern himself with the afterlife, “nothingness” awaits him there.

Omitting God from the equation of life fundamentally relieves man of the eternal obligation towards his fellow man and the spiritual “burden of solidarity.”

Humility and respect for the divine disappear. In short, man took the place of God in the new West. The atheist–nihilist doctrine ended up shaping the whole Western paradigm that we now live in.