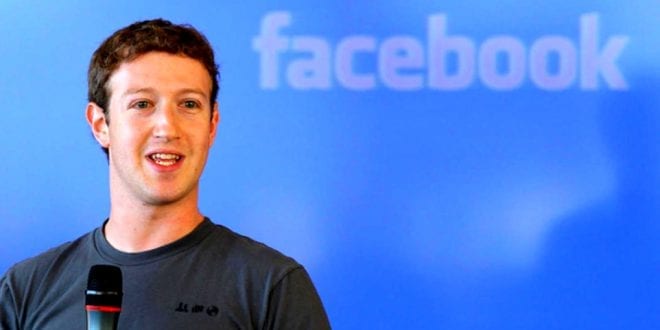 Facebook responsible for sex trafficking: Half of online sex recruitment happens on the social media platform

Herland Report: Facebook responsible for sex trafficking: While Conservatives and those who engage in serious conversations about the need for morality, ethical boundaries and integrity are censored, sex trafficking and pedophile grooming apparently is not on Facebook.

Half of the online recruitment in active sex trafficking cases in the US happened on Facebook, according to a recent Federal Human Trafficking Report.

The social media platform is the most used single site for recruiting sex trafficking victims.

CBS writes that data from the past two decades demonstrated that over 30 % among the sex trafficking victims stated that they were recruited on a social media platform.

While Facebook states to CBS that sex trafficking and child exploitation are abhorrent and not allowed on Facebook, the social media platform is still the major platform precisely for this activity.

In 2020 in the U.S., 59% of online recruitment of identified victims in active cases took place on Facebook alone. The report also states that 65% of identified child sex trafficking victims recruited on social media were recruited through Facebook.

The report estimates that 53% of victims were identified as children, with an overwhelming majority being between the age of 14 and 17. Girls under the age of 18 are most likely to be victims in human trafficking prosecutions, according to the report, followed by women.

Facebook reported in February that more than 20 million child sexual abuse images were found on its platform and Instagram in 2020. Last year saw a rise in child sex abuse online, an increase in part attributed to COVID-19 lockdowns.

Facebook responsible for sex trafficking: As atheist materialism rules on Facebook, the aim seems to be to stop any conversation about the real meaning of life, how to be present in the present and meet needs, care for others; how to love one another, free from self-destructive egoism – in service of others.

How are we to best to help those we meet? How may we ease the suffering of others, quench their inner pain, support others to find inner peace in this world so engulfed in atrocities, injustice and evil?  Isn’t the very meaning of life connected to how we treat others, departing from the self-indulgence of the ego driven life?

Not so in the intolerant Facebook system. The social media platform’ core value seems to be the gospel of the meaninglessness of life therefore self-indulgence and hedonism is the only solution – along the lines of the nihilist Nietzsche mantra “God is dead.”

The conscience’ call for morality and the virtues is of no value to the nihilist. He therefore indulges in egocentric pleasures, hedonism and selfishness as the only meaning of existence. To experience good feelings becomes the only goal of life.

Facebook has changed from being a valuable site for free speech and diversity to mostly contain meaningless close-to-home entertainment, promoting self-indulgence, designed to keep people busy with customized news that boost the ego rather than inform us on what really matter.