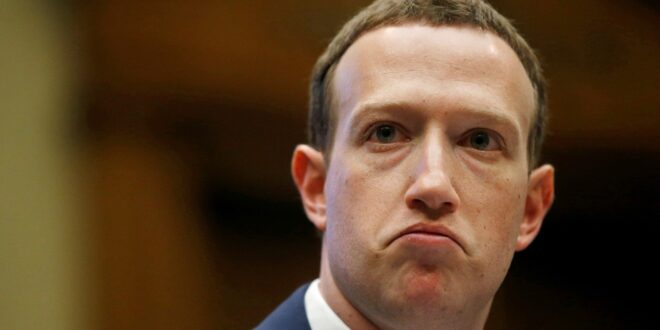 Herland Report: Wonderful news – Facebook, Instagram are gone: With Facebook, Instagram and WhatsApp gone for hours, many celebrate the reported hacker showdown demonstrating the vulnerability of the Big Tech totalitarian systems that plague the world with Leftist censorship.

While Facebook sadly came back after a few hours, the damage has been done as over 1 billion now know they cannot rely on the stability of social media systems for their daily communication with others. The hackers have clearly demonstrated the vulnerability of platforms that to many also represent the very spearhead of mass surveillance in the West, writes historian of comparative religions, author and founder of The Herland Report, Hanne Nabintu Herland.

It is a legitimate question: What is wrong in a system that allows cheeky boys with massive flairs for authoritarianism, like Facebook’s Zuckerberg, who a few years back sat at his university dorm thinking up a project, to now appear as the authoritarian leader of the West?

The Big Tech tyrants are mostly young, unelected billionaires who in the current system are allowed to quench the essence of democratic process by using their quick-gained capital to openly kill Constitutional rights. The lack of sufficient political checks and balances allow these ultra-rich inquisitionists to continue their Stalinist spree.

Twitter CEO, Jack Dorsey openly demonstrates that he is against diversity, c0-founder Larry Sanger admits Wikipedia works as a Leftwing propaganda site. Who elected Soviet style, feudal lord Mark Zuckerberg and friends to rule us this Medieval Age strategy, deciding who is allowed to speak and who is not?

Facebook has moved on from being a valuable site for free speech and diversity to mostly meaningless close-to-home entertainment, self-indulgence, designed to keep people busy with customized news that boost the ego rather than inform us on what really matter.

Wonderful news – Facebook, Instagram are gone: Edward Snowden’s happy comment about the disappearance of Facebook probably aims at the sad sight of how millions seem endlessly glued to their cellphones, constantly checking who ate what, who met who, which girl looks best on Facebook, which cat purred the cutest.

To be present in the present is no longer a fashion in the Western zombie land of portable, personalized TV screens with content constantly focusing on materialism and the human ego. Zero spiritual focus on the deeper meaning of existence and the after life.

Facebook once was a fresh breath, now site for self-indulgence

Initially, Facebook was a fresh breath from the censored mainstream media and allowed for important political conversations about how to make the world a better place.

People could freely engage in discussions, diversity of opinion was allowed with respect for the natural plurality that exists between nations. This was effectively stopped with the implementation of the current ethnocentric, narrowminded American tyranny of wokeness.

Wonderful news – Facebook, Instagram are gone: Facebook has changed on from being a valuable site for free speech and diversity to mostly meaningless close-to-home entertainment, self-indulgence, designed to keep people busy with customized news that boost the ego rather than inform us on what really matter.

If you post an important article about American inner city ghetto fentanyl problems, you get 3 likes. When posting a close-up photo of yourself, boasting a new lipstick, you get 1000 likes. The message is clear: Facebook only allows its users to groom the ego, the selfishness, the “me-culture” that effectively quenches love for others.

As atheist materialism rules on Facebook, the aim seems to be to stop any conversation about the real meaning of life, how to be present in the present and meet needs, care for others; how to love one another and live a life free from self-destructive egoism – in service of others.

How are we to best to help those we meet to have a great day? How may we ease the suffering of others, quench their inner pain, support others to find inner peace in this world so engulfed in atrocities and evil?  Isn’t the very meaning of life connected to how we treat other people, departing from the self-indulgence of the ego driven life?

Not so on Facebook. The social media platform’ core value seems to be the nihilist Nietzsche mantra “God is dead,” the very gospel of the meaninglessness of life therefore self-indulgence is the only solution.

The conscience’ call for treating others fairly and with justice is of no value to the nihilist, as he therefore indulges in egocentric pleasures, hedonism and selfishness as the only meaning of existence. In other words, for me to experience good feelings is the only goal of life.

While conservatives and those who engage in serious conversations about the need for morality are censored, sex trafficking, pedophile grooming apparently is not.

And, by the way, in the current hacker swipe, personal information of over 1.5 billion Facebook users was sold on a hacker forum, name, phone number, location, gender, email. And probably a lot of stupid emojis.

It feeds on Facebook gossip, needless personal information about others, lust for possessions, keeping us locked in the narrow space of local information; feeding on the desires of the flesh to remain egocentrically engaged in “me, my family, my photos, my friends, my children”.

For one day, these centers for egocentric self-indulgence were gone.

Did it make us pause and think about the true meaning of life?

Did we let the demanding personalized screens down and look out the window and onto the real world – in silence from the roaring commercials that promise good feelings once you buy their product?

Or did the Facebook curse come back so quickly that few had time to reflect?

Previous The Culture War How the West lost its Greatness, by bestselling author Hanne Nabintu
Next Why America Failed to ‘Win Hearts’ in Afghanistan: Oblivious of Culture, thought only of Materialism