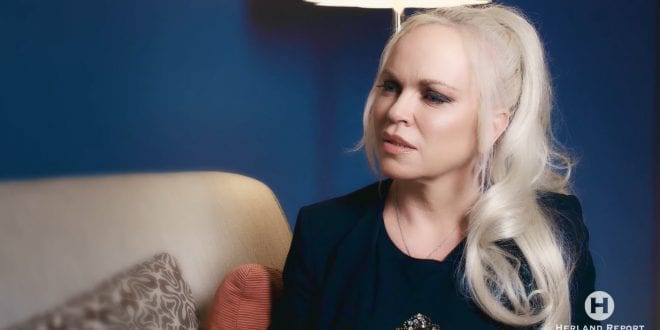 Herland Report: Repeating the mistakes of the Roman Empire: As the world watches a crumbling America turning third world country, the geopolitical shift to the East seems inevitable.

Without justice, governments are no more than a gangs of bandits, said St. Augustine.

The West, once striving for Constitutional values such as an independent judiciary, anti-corruption, citizen’s rights, equality regardless of race and class,  is now declining in the speed of light – as the Rest is rising, writes historian, author and founder of The Herland Report, Hanne Nabintu Herland in her WND column.

While allowing greedy billionaires to take control over what once was independent Western nations, the transnational business empires are turning the West into a feudal system of super-rich lords that own almost everything.

The fall of the West comes from within, from the culture’s own moral decline, Singaporean diplomat and distinguished author, Kishore Mahbubani pointed out, referring to a dwindling work ethic, lack of care for elderly and the enormous welfare system, as I pointed out in a recent article.

What we observe today in the United States has happened before. The English historian Edward Gibbon’s The History of the Decline and Fall of the Roman Empire writes that when a civilization is at its zenith, with power and influence over many other cultures, it often develops an understanding that it represents the noblest and most advanced civilization known in history. In these moments of self-exaltation, a blind sense of invincibility prevails.

Repeating the mistakes of the Roman Empire: No matter if the civilization abandons its original values – the precise values that led to its greatness – no matter how it deprives its population of wealth and justice, no matter how many wars it initiates and the suffering of civilians, somehow its corrupted elites still believe that their empire will always remain superior to all others.

Its politicians forget the lessons of Chinese mastermind and military genius, Sun Tzu, about the need for leaders to act with benevolence, justice and righteousness on order to be respected, soaked up as they are in accommodating the wishes of the ultra-rich.

For instance, the Romans had a firm belief that they were superior human beings, composed of a greater rationality and intelligence compared to others. One civilization was to rule them all.

This arrogance was particularly dominant in the later phases of the Western Roman Empire, angering other ethnic groups and eventually leading to the bitter resentment from Germanic tribes that resulted in the sacking and  fall of Rome in AD 410. It was the lack of justice that killed the once so great Rome.

Centuries before, the Roman orator and politician, Marcus Cicero warned of this development. “The arrogance of political leaders should be tempered and controlled,” he wrote, later stating; “the higher we are placed, the humbler we should walk.”

The economist Mancur Olson points out in The Rise and Decline of Nations that it was precisely Great Britain’s high status before World War I and II that contributed to a state of arrogance that obstructed the need for progress and growth.

Repeating the mistakes of the Roman Empire: There was an ongoing optimism after the war that all the economic and social problems of the Western world would be solved, since “Great Britain always is the greatest.”

The belief was that economic growth was limitless, with no end to the rise of living standards. Complacent self-satisfaction and cultural indifference gradually permeated British society, with the result that industrial growth and expansion received little attention.

The British increasingly emphasized strong labor organizations and the development of a welfare society with extensive rights to social aid and welfare.

Protectionist policies excluded other countries from the British market, in spite of their better-priced and higher quality products. The British borrowed money and incurred debt.

Great Britain blithely ignored competitive economies. Self-confident winners of the war, they still lost the leading role as a Western world power. Germany, in contrast, lost the war and humbly endeavored to meet the challenges of the future.

They formed a society based on hard work, the re-establishment of German institutions, and limited debt. Post-war modesty, self-discipline, and hard work has made Germany again the strongest state in Europe.

As Niall Ferguson puts it, the present Western political system is completely fraudulent. Huge liabilities are hidden from view, with hardly any accountability regarding accurate official balance sheets.

If the course is not altered, it may end with civil war and unthinkable demise. This happened to the arrogant elites in Rome, its outcome predicted and foreseen by so many, among them St. Jerome who strongly warned against the consequences of Roman corruption, sexual immorality, lack of justice and virtues.

And he lived to see Rome fall.

Previous Cancel Culture is the final stage of neo-Marxist long term goal #JacquesDerrida – WND
Next Oliver Stone, Vladimir Putin and the way out of the Russia-Ukraine War