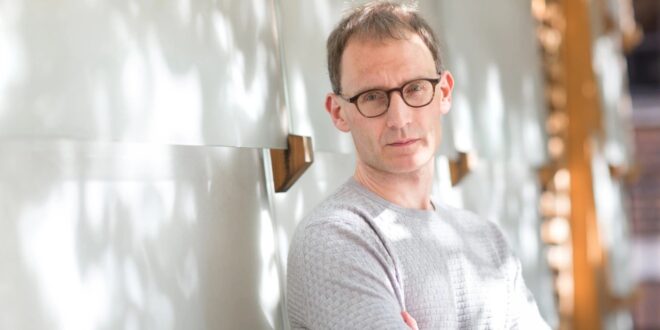 Herland Report: Covid-19 Fear producing Gigantic Billionaire Wealth: The Covid-19 scandal continues to transfer billions into the pockets of the already ultra-rich, while national economies are faltering under the weight of mass unemployment, bankruptcies, debt and despair.

Merging private capital with government funds, the goal of the #Davos World Economic Forum, opens up for a modern billionaire feudalism where the very few gain, writes historian Hanne Nabintu Herland in her regular column at World Net Daily, the largest Conservative network in America.

The world’s super-rich did extremely well during the 2020 coronavirus crisis, increasing their already-huge fortunes by 10 billion USD from April to July alone, according to a UBS and PwC study. America’s richest further boosted their fortunes by $195 billion USD in President Biden’s first 100 days.

The economic effects of Covid-19 fear has been addressed in a previous article at World Net Daily, as I pointed out that few discuss the massive redistribution of wealth, as the Covid economic crisis makes billionaires’ such as “world health medical expert” Bill Gates, Jeff Bezos, Mark Zuckerberg and others’ fortunes soar with gigantic billion dollar profits.

With more than 3 billion vaccines now administered, Big Pharma owners are set to gain even more.

Covid-19 Fear producing Gigantic Billionaire Wealth: At the same time, the inequality gap is rocketing with one billion human beings set to plunge into utter poverty. The United Nations Development Program (UNDP) has described a high-damage scenario, writing that 80 % of the Covid economic crisis will persist for more than a decade and stall growth for a much longer time than expected.

So, how was this remarkable shift towards modern economic feudalism made possible? For one, the answer is fear. Let us take a look at one of the scientists who in 2020 helped fuel the fear of Corona, as we called the virus back then.

Dr. Neil Ferguson, the man behind the Imperial College Report, which showed that up to 65 million could die from Covid-19, was central in shifting the UK and US from the herd immunity strategy to society lockdown. The Imperial report predicted that half a million could die in the UK without lockdown.

Covid-19 Fear: “The Imperial Report was never even published scientifically; it’s not peer-reviewed, which a scientific paper should be; it’s just an internal departmental report from Imperial.

And it’s fascinating; I don’t think any other scientific endeavor has made such an impression on the world as that rather debatable paper,” said Johan Giesecke, the Swedish professor who was the State Epidemiologist for Sweden between 1995 to 2005 and former Chief Scientist of the European Centre for Disease Prevention and Control (ECDC).

And Dr. Ferguson was sacked from his job due to improper conduct meetings with married lover during lockdown, demonstrating that he himself did not even believe in social distancing, so he is already out.

Up to 65 million people were projected to die. Unsurprisingly, a common denominator between both projections was the omnipresent Microsoft, which helped ‘tidy up’ Dr. Neil Ferguson code. Experts and politicians the world over naturally “listened to the science,” mirroring a teenager’s hysterics over another supposedly existential issue.

Now, however, shadow-banned links are emerging from Google’s search limbo to inform us that Dr. Neil Ferguson’s code was in fact a “buggy mess” that looked “more like a bowl of angel hair pasta than a finely tuned piece of programming,” according to one data expert. This is what our endless lockdowns and coercive vaccination programs were based on.” End quote.

Covid-19 Fear: Neil Ferguson has been notorious in the past for overestimating numbers. He was involved in doing so during Ebola and the Swine epidemic. For example, he estimated that 150 000 people would die during Foot and Mouth outbreak. In the end, 200 people died..

In the March 10, 2020 meeting with EU leaders, Dr. Tedros Adhanom Ghebreyesus, director-general of the World Health Organization estimated 3.5 % or more death rates among those who contracted the virus. It would mean millions dead from Covid-19. If the death rate is 0.3 %, on the other hand, such as predicted by Rystad Energies, the extreme measures imply a dramatic over reaction.

Tedros is, of course, close to Bill Gates, whom he calls his “brother,” the oligarch billionaire turned “world pandemic expert” paying millions into the WHO system, with particular interest in world vaccines and controlling public health.

Covid-19 Fear producing Gigantic Billionaire Wealth: Also check out these topics at CNN or FOX News. Other sources may be New York Times, USA Today, the Washington Post or from the British angle, BBC, The Guardian, The Telegraph or Financial Times.