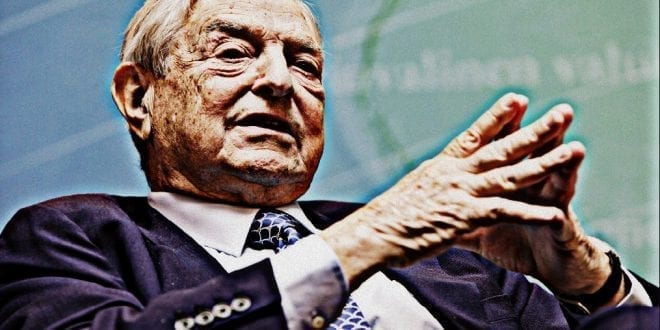 Herland Report: The Billionaire Capitalism of today is a total Perversion of the Historic Capitalism that brought millions out of poverty: Pope John Paul II once said that the problem with the current type of Western Capitalism is that it is wrenched off from its original moral foundation.

Selfishness has become a virtue and the path to success. There is little regard for the traditional focus on duties and responsibilities.

Yet, if “Capitalism” becomes equivalent to the individual’s right to personal profit without moral obligations, the economic model develops into a self-destructive system where no one cares for one another. Trust evaporates, writes historian and author, Hanne Nabintu Herland in her regular American WND column.

The greediest, shrewdest and cynically most cold hearted will take it all. The historical Capitalism was never about helping a small elite to swipe all wealth into their own pockets in a system that takes from the poor and gives to the rich.

The original Capitalist model had its focus on completely different values and developed in coherence with the Protestant ethic during the Industrial Revolution. (Feature photo ill.: George Soros, Youtube)

The Billionaire Capitalism of today is a total Perversion of the Historic Capitalism that brought millions out of poverty: It helped millions to economic gains what formerly were only distributed among the aristocracy in Europe, the feudal lords and royalty.

Capitalism thereby broke completely off from the pre-industrial aristocratic society and its fixed focus on hereditary titles and vocations. It opened up possibilities for all classes and elevated millions from poverty.

Market Capitalism – the economic system in which capital and property are privately owned, and prices for goods and services are set by forces of supply and demand in the market, making the art of competition and hard work essential – gave ordinary people a possibility of unprecedented economic growth.

In The Protestant ethic and the Spirit of Capitalism, sociologist Max Weber states that when modern Capitalism took form in Protestant countries about two hundred years ago, the ideal was to earn money, save it and reinvest – not to squander one’s income away on status, luxury and consumerism.

The duty was to use one’s abilities to achieve success in all aspects of life, in order to honor God and help one’s fellow man. To a large degree, the system self-regulated, the wrongdoer was punished.

Capitalism back then was about the individual’s right to own the fruit of his labour and control his own destiny – not to be anybody’s slave. The focus was on trust, reliability and hard work as a virtue. Selfishness and self-absorbance was regarded as a vice.

An individual’s moral foundation plays a central role in order for market Capitalism to work properly. It is of utmost importance to be rendered trustworthy in the eyes of others.

Former U.S. central bank director, Alan Greenspan – who was part of the problem as the Federal Reserve failed to recognize the pre-crisis housing bubble in 2007 – makes a vital confession in his memoirs, The Age of Turbulence. He states that we cannot build an economic society without an ethical foundation.

The challenge is very often the human factor. In the 2007 financial crisis, the assumption that the financial agents would show ethical reservations when it was necessary and act rationally, completely failed. The moral foundation was not there. Mutual trust disappeared as people ceased to be trustworthy.

Economic theories are based on assumptions of how people react and choose to act. Greenspan points out that people cannot function together unless definite values regulate daily choices. It is critical for the survival of the system that an individual makes good choices and operates with economic integrity and rationality.

Thus, the question arises: which values are we pushing for in the West today? Certainly, not the traditional foundational ethics that defined the age in which Capitalism first originated, as an economic model strongly tied to the Protestant Ethic.

The Billionaire Capitalism: A study of requirements for the optimal functioning of Capitalism quickly uncovers the need for a strong focus on trust. This applies to economics on the micro/individual level as well as the macro/societal level.

Trust is one of the ethical principles that make the difference between constructive and self-destructive operation in profit-driven financial businesses.

In cultures where social development does not place sufficient weight on ethical norms and the reliability of its institutions, trust gradually dissipates. This has profound implications both on the national level and on the individual level.

Many now feel that we are gradually returning to the feudalist structure of the Middle Ages, bound to new “feudal” kings and ultra-rich lords of debt, suffering under the weight of financial crisis, a perverted Capitalism based on greed and abuse in a culture of decadence, hedonism, war, racial clashes, and social upheaval. Man is enslaved yet again in a cunning system of political and economic repression.

The Billionaire Capitalism of today is a Perversion of the Historic Capitalism that brought millions out of poverty:

Previous The Global Financial Revolution and the End of the PetroDollar hegemony?
Next Shocking Study on COVID Vaccines Demand Immediate Stop to All Vaccinations